Home>Berkshire Blog>What is a “third place,” and do you have one?
Previous Next

The term “happy place” is not in the Oxford English Dictionary (though “happy slap” is), but I’ve been hearing the term a lot. There’s even a new shop in Great Barrington called HappyPlace Berkshires.

I first dismissed it as therapeutic slang, but discovered that the concept actually goes back to the Greeks: a utopia is a place that isn’t obtainable, but there’s also eutopia, which means a place of wellness – a happy place. So the quest for a happy place isn’t modern at all; it’s deeply human.

I’ve been struck by how powerful happy childhood experiences are. We see people coming back to the Berkshires because they spent summers here many decades ago. The T. S. Eliot estate recently bought the Eliot family house on the coast of Massachusetts, which seems odd until I learned that the poet returned to visit the house throughout his life, long after his family had sold it. At nearly 70, he brought his young bride to see it, and I conclude that it spite of the stiff poses in the photos from his childhood, he must have been truly happy there.

Surely eutopia isn’t a physical place but an environment and emotional terrain that depends largely on other people. Of course the physical place matters, too, but isn’t it companionship, and love, that makes an experience memorable? This leads me to my question for you, about “third places” you have known and been enriched by. They are not the only kind of happy place, but they are perhaps the most endangered. 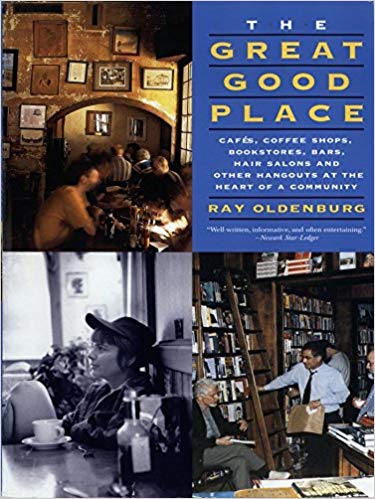 Sociologist Ray Oldenburg is famous for identifying a type of place that we all knew about but didn’t have a name for. He called them “third places” – that is, places that are not home and not work, yet essential to our well-being. His 1989 The Great Good Place was a surprise hit and is still cited often in popular and academic writing. (Read the New York Times review.)

Third places have existed everywhere humans live – except perhaps in the most developed places on earth.

During these politically dark days, I’ve been thinking about how third places matter in making a future that will be worth living. But a lot of traditional third places don’t exist anymore, at least in the developed world. Coffee shops are now, even though Starbucks was in part inspired by The Great Good Place, just laptop land, places where we’re alone together. General stores have turned into fancy restaurants or gone out of business. Post offices aren’t the meeting place they used to be.

The subtitle of The Great Good Place was Cafes, Coffee Shops, Community Centers, Beauty Parlors, General Stores, Bars, Hangouts and How They Get You Through the Day. That subtitle will have to change in a new edition, and I’m hoping you can help me with some ideas about today’s third places. Where are your third places? Or what kind of place do you wish you had? What places do you remember fondly? 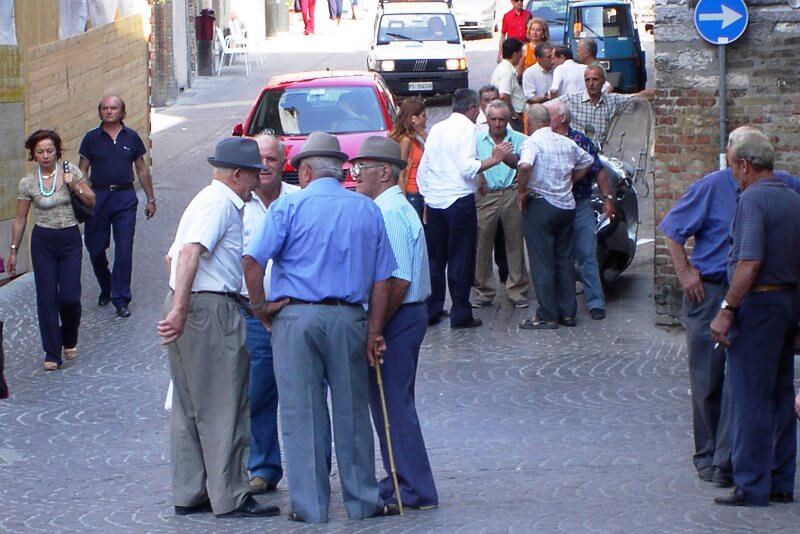 An article from the Brookings Institute about the value of third places mentions that McDonald’s restaurants sometimes function as third places. I’m told that certain Great Barrington politicians hold court at McDonalds, especially since Martin’s closed. That’ll be the Republicans, I suspect, while the Democrats and Greens hang out at Fuel on Main Street. Since a key feature of a successful third place is that it’s cheap enough to be accessible to everyone, McDonalds makes sense. In China, IKEA cafeterias are thronged with people just hanging out.

Although Ray’s book did not offer a rigid set of rules, he explained the characteristics that make a third place. I’ve put together a list of  7 key factors, and thought I’d highlight a couple of places that didn’t make it into the first edition but that will get some attention in the new book Ray and I are working on. You won’t be surprised to hear that both are Asian. 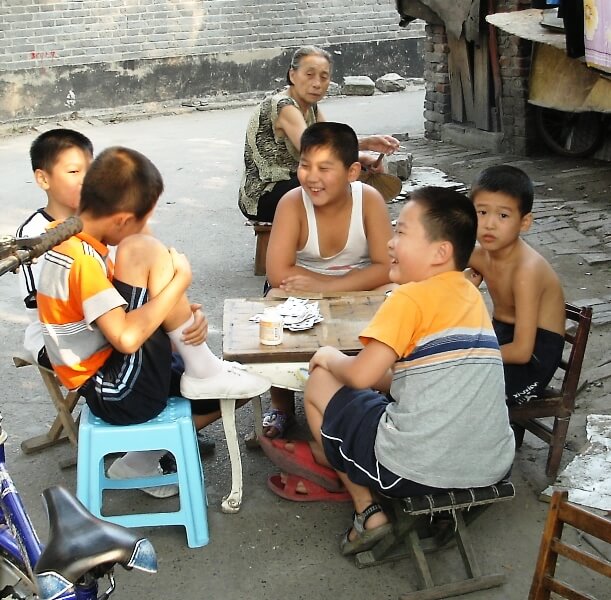 First, the martial arts dojo. I have known a number of aikido dojos, some in England and one here in Great Barrington. Dojos have many of the characteristics of a third place. You don’t know who would turn up on a given day. Strangers are welcome. Most of the relationships are casual. Though you might spend time locked under someone’s arm, you don’t necessarily know their last name or anything much about them. The atmosphere is quiet but friendly. Before and after class, joking is common.

In England, sports activities are particularly convivial. Whether it was cricket, rugby, martial arts, or the women’s softball – we always went to the pub afterwards. Admittedly, you don’t do a lot of talking during most sports (is it really a sport if you can talk?), and that’s why going to the pub is part of the whole experience.

Then there are streets. You’ll see above photos of street life in Italy and in Beijing.

I got to know Qiu Xiaolong, author of detective novels set in Shanghai, because he also translates T. S. Eliot into Chinese. He also wrote a wonderful depiction of street life, of the street as a third place, in a collection of stories, Years of Red Dust, first published in Le Monde. The book opens in 1949 so it was a perfect that to pick up at the 70th anniversary celebration last month, but this passage is what grabbed my attention.

People get together a lot not only in the shikumen, but in the lane too. Their rooms being so crowded, people need to find space elsewhere. All day long, the lane is vibrant with life—informal, relaxing, and spontaneous. In the early gray light, women will come out in their pajamas, first carrying chamber pots, then later hurrying to the food market, returning with full bamboo baskets and preparing food in the common sinks of the lane while spreading the gossip heard overnight. Men will stretch out, practicing Tai Chi outside, brewing the first pot of Dragon Well tea, singing snatches of Beijing opera, and exchanging a few words about the weather or the political weather. For lunchtime, those people at home will step out again, holding rice bowls, chatting, laughing, or exchanging a slice of fried pork for a nugget of steamed belt fish.

Obviously, modern China is very different and street life isn’t what it was in 1949.

But I remember walking out of a fancy restaurant in Beijing and strolling along the street. My Chinese-speaking companions were waving for a taxi. Along the pavement, under the street lights, there were children playing, old men in t-shirts on low stools around a table, and women leaning against the wall chatting. I wished that I would squat with those men and watch their game and listen to their conversation. What might I learn about the real life of China from them that I will never get from my cosmopolitan friends?

What makes a place a third place?

1.     It’s neutral ground. You don’t need an invitation, and anyone can enter.

3.     It’s not expensive. If there is food and drink available, you don’t have to spend a lot.

4.     It’s a place to talk. Conversation is the main activity, though food and drink are often available, and playing games like chess, mahjong, or darts is common (and spectators are welcome).

5.     It’s easy to get to. The best third places are near your home or work so you can turn up regularly.

6.     It has regulars. People do turn up frequently enough to get to know one another (but strangers aren’t out of place).

7.     It’s a relaxed, fun place to be. People smile and laugh, and tease one another. If there’s serious conversation, people still keep it friendly.

My interest in community led to Berkshire’s creation, for the big academic publisher SAGE, of the Encyclopedia of Community: From the Village to the Virtual World. I was the senior editor and that was by far the most serious academic enterprise of my life. But my interest is personal and practical.

Over the past decade I’ve tried different things in Great Barrington as well as in New York. One is a neighborhood listserv called TheHillGB that has become something of an institution, with emails about plays to see, bears wandering in the neighborhood, things for sale, and the Halloween raindate.

But I also took Ray’s point about face to face meetings to heart. We now have a monthly meetup at the nearest bar-restaurant, No. 10. It’s a work in progress: young families don’t come out for drinks, and it’s only once a month. But I’ve heard from enough people that these things have created a greater sense of community that even these small steps seem worthwhile.