Home>Twittering the Encyclopedia of China
Previous Next 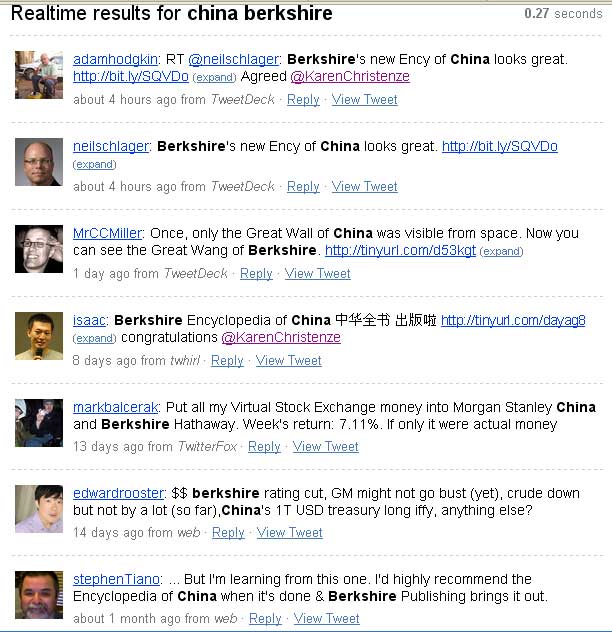 My friend Isaac Mao suggested I make a special offer of the Berkshire Encyclopedia of China via Twitter. Dell is apparently doing this and, heck, what’s to stop a tiny reference publisher from doing the same? Creating the first big general audience Encyclopedia of China to be outside China itself took so much chutzpah — or hubris — that a little tweeting would be nothing. But I cannot say that I have become a Twitter fan, and although I have somehow acquired a large number of green-living-connected “followers” I don’t actually Twitter. But maybe I should for the next while, with all the buzz of the Encyclopedia publication, and then create some kind of offer link. The idea became a little more compelling when Adam Hodgkin of Exact Editions told me to search Berkshire + China on Twitter. That’s a screenshot of the search results yesterday, with four mentions of the Encyclopedia mixed in with messages about Warren Buffett’s Berkshire Hathaway. The company we keep!