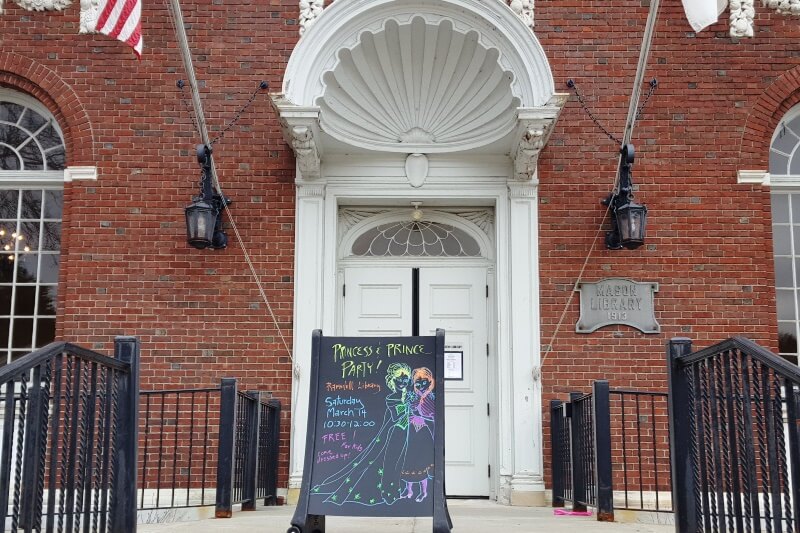 This Princess and Prince Party is sure to be canceled.

I’m delighted to report that the Train Campaign projects were included in the governor’s bond bill last week, and the bills I filed by petition (a unique Massachusetts citizen right) have been favorably reported on. Read about A Great Week for Train Advocates in Massachusetts.

It was fascinating to contribute to both Massachusetts and federal legislation related to trains, a window into what one of my colleagues describes as “how the sausage gets made.” I also went to the State House to meet with legislators. In fact, I was leaving Boston after those meetings when I heard that Governor Charlie Baker had declared an official state of emergency over COVID-19.

This is good news in terms of leadership, but it’s been hard for everyone to accept that we simply have to cancel everything for a while. It’s a challenge for those who aren’t accustomed to online meetings and Doodle scheduling, and of course a huge challenge for workers and businesses.

But this is our time to be alive – let’s hang in there, together. I am buoyed by the growing awareness of how much passenger rail can contribute to a sustainable future. If you’d like to follow the Train Campaign and Western Mass Rail Coalition, please feel free to sign up for our email list at TrainCampaign.org and follow us @traincampaign.

The Train Campaign began with this 2011 letter, by the way: Trainspotting, from Beijing to the Berkshires. Many of you responded, and that’s what led me into rail advocacy. Now here’s another letter from Beijing.

I know a bit about quarantines.

In 2009, I was quarantined in Lanzhou for swine flu, after I flew to Beijing on my way to a fellowship in Lanzhou courtesy of Professor Greg Veeck, a Berkshire contributor. I filled in the name of the university I would be visiting in Lanzhou on the arrival card.

After a night in Beijing, I went to the train station and settled in on the top bunk for a bone-rattling ride through the Chinese countryside. Little did I know I was the target of a Beijing manhunt: someone on my plane had proved to have H1N1, and the trace team apparently missed me on the train platform by minutes.

Because I didn’t have a cell phone, and the train was nonstop, they arranged a welcome party. I escorted into quarantine.

That’s kind of what I figured would happen in the USA over the last 6 weeks. I figured the USA would be tracking incoming flights, taking samples, running traces, putting folks in quarantine: containing the coronavirus. China had given us an extra 6 weeks to hire and train people, buy gear, set up some extra beds, start public education.

Fat chance, it turns out. Instead, it looks like they did precisely nothing. Now the American Hospital Association is predicting 480,000 deaths from COVID-19 in the USA. Hospitals are starting to notice a trickle of new pneumonia cases. The trickle will become a flood, based on Italy’s example.

I didn’t really expect a lot of folks to read my previous email, and if you did, I apologize. I did you a disservice. I suggested the virus was just an interruption, an inconvenience. Well, it might have been for me, but I live in China. The government went bananas here. They have thousands of teams combing the country, tracking down exposures, following cases, and now the virus is basically contained. I could still get it, but it would probably be from someone coming from outside.

For the rest of you outside China, take this seriously. Read the articles, avoid public areas. Don’t be a hero. The life you could save by limiting the spread might be your parents, or your neighbor’s parents. Or a stranger’s parents. It’s an ugly disease, and there are reports it can last 96 hours on plastic surfaces. It’s a rough bug. The hospitals will fill up, and even if you are in a low-risk group… you still might need extreme measures to survive, like ventilation or oxygen. There simply might not be any ventilators or oxygen masks available.

Things here are getting back to normal. I was in my first traffic jam yesterday, which is… bittersweet. The utter bastard who decided to drive against traffic for 50 yards to avoid waiting a minute for a u-turn actually put a smile on my face. People still aren’t really off to the restaurants or shops yet, but they are out walking, and driving. The security guards just glance at the entry and exit passes. The beginning of the end is in sight.

Today’s New York Times has a similar take on the situation from writer Ian Johnson, who also lives in Beijing: “China Bought the West Time. The West Squandered It.”  This reminds me of our conversation about China a year and a half ago, Pro-China or Anti-China? A Publisher’s Dilemma. Here is what our expert colleagues told us was The most important thing to know about China. There’s plenty more to say, and we’ll be asking for your thoughts on how COVID-19 has affected the relative position and image of the US and China. 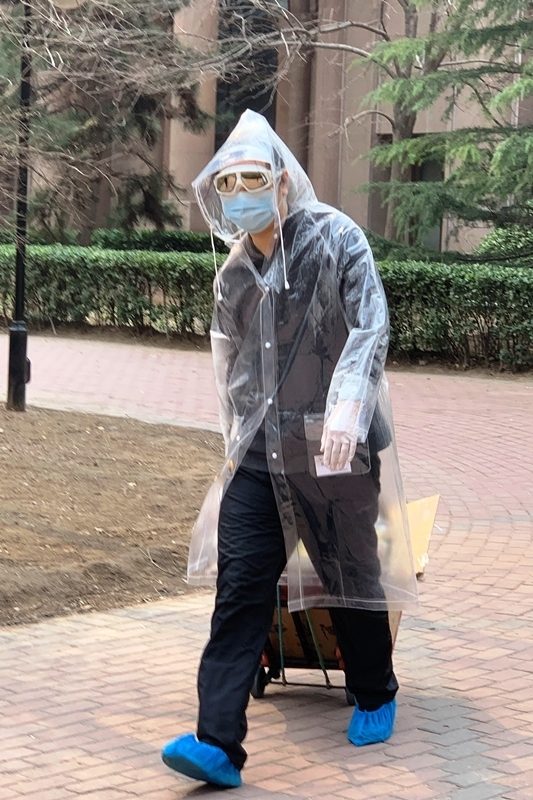 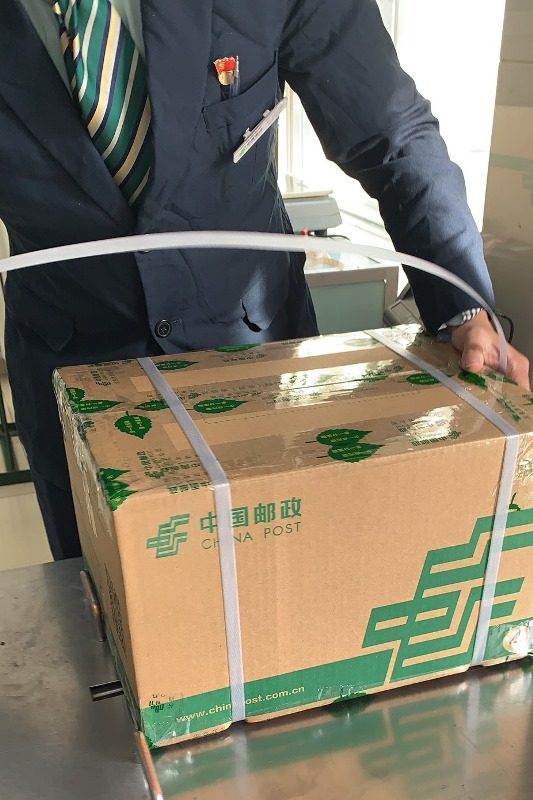 Here’s a man walking in the compound where Tom lives, and of a box of masks being mailed to us in Massachusetts. Tom’s comment: “Special thanks to Natasha for going out into the post-corona wasteland to haggle with the scavengers for these masks. We had to trade several of our fattest rats for them, which we were otherwise saving for Easter dinner.”

The weather has been lovely, though much warmer than normal. Here’s a sight that startled me a couple days ago: bees buzzing over the earliest flowers, winter aconite, which generally pushes up through the snow.