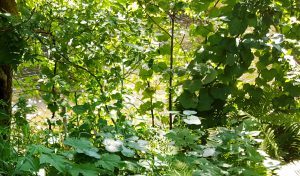 “I was born by a golden river and in the shadow of two great hills, five years after the Emancipation Proclamation which began the freeing of American Negro Slaves.”

That sentence begins the autobiography of the extraordinary intellectual and activist W. E. B. Du Bois (1868-1963). 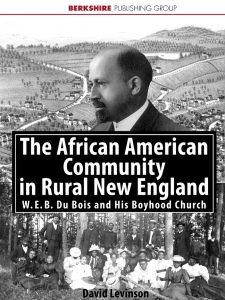 William Edward Burghardt Du Bois was one of the most important African American leaders of the twentieth century.

As a small boy, in the 1870s, he used to sled down the street just outside my house, which was built in 1868, the year he was born. I can see that street from where I am typing this letter, and I sometimes look up and imagine him there, the only dark-skinned boy amongst the children enjoying the new-fallen snow. I wonder what he was like, and whether he was good at throwing snowballs.

He grew up here in Great Barrington, raised by a single mother and her extended family, and came back to bury his son and his wife. Born in 1868, he died in Ghana in 1963, on the day John F. Kennedy was shot. During that long lifetime, he wrote books, founded organizations, succeeded and failed and tried again, and traveled the world. He even went to China to meet Mao Zedong.

As a teenager, although his family belonged to the Congregational Church on Main Street, he became much involved with the African American AME Zion Church, and wrote extensively about its activities—its sewing circles, dime suppers, and church picnics—for a New York newspaper. 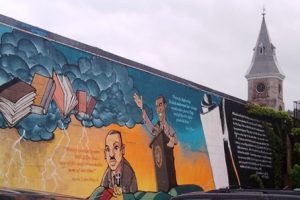 This week, dozens of public figures have released statements and tweets about how their opposition to neo-Nazis and white supremacists, and to anti-Semitism. It’s shocking and sad that this should be necessary in 2017, isn’t it? Of course we are opposed to such despicable views, I used to think. But there’s no “of course” any more: the United States has a president who makes statements that are applauded by the Klu Klux Klan.

I’m not a powerful political person or the CEO of a multinational company, and my opposition to Donald Trump has been unequivocal, so I’m not writing to make a statement but to tell you about a Berkshire book that we are, serendipitously, releasing in a couple of weeks. (It’s available for preorder now, of course, at our website and on Amazon.) The African American Community in Rural New England: W. E. B. Du Bois and the Clinton A. M. E. Zion Church contains a story that is local and global, of broad significance as an introduction to W. E. B. Du Bois, one of the greatest American intellectuals of the twentieth century, and as a remarkable window into the African American community.

This week, watching the events in Charlottesville and then the evolving debates, in which Donald Trump, the president of the United States, refused to take a clear stand against the racist alt-right and argued against removing the Confederate Army leaders statues—which were, by the way, set up during the twentieth century as a way to combat the civil rights movement—it’s especially gratifying to have this book on our Autumn 2017 list. The simply told story makes it clear that the African American community, in small towns as well as big cities, has nurtured people like Du Bois and been fundamental to the remarkable intellectual, literary, and political accomplishments of African Americans.

Not, say those who argued vehemently against putting up signs saying “Birthplace of W. E. B. Du Bois” at the roads into town, because he was Black, but because he was a Communist. That local battle went on for some time, and there were stories about it in the Washington Post and New York Times. During the fray, curious about how anyone could object to recognizing a local lad who became a figure of worldwide renown, I telephoned the man who was thought to be leading an anonymous campaign against the “birthplace of” signs. 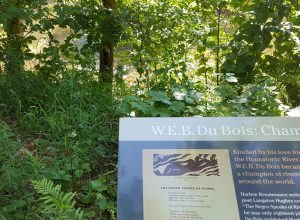 He tried to brush me off, but I ended up talking to him for an hour. Here are a few quotes from my notes about the conversation: Du Bois was “a bright young man” who got a “free education,” “provided by donations.” He might have come back to “see the fall foliage, but he didn’t do a damned thing for Great Barrington” and “was a socialist for many years.”

Part of the problem was that it had also been proposed to name the new elementary school for Du Bois, who was undoubtedly the most successful graduate of the local school system. But my neighbor didn’t like that either. Du Bois “made it for himself and good for him” but “they’re pushing Du Bois down our throats and when will it stop?” He described the liberal outsiders as “implants, who don’t work, who don’t want the school named Muddy Brook,” a name that “has some significance. I can remember many good times, fishing Muddy Brook. One of the best trout streams around. But they wouldn’t care to fish it.”

I got along pretty well with this man because we were on the same side of another local issue. That’s why he talked to me so freely, even though I too am a liberal implant, and I’m not writing this now to make him look bad. There was a more complicated story, to do with war memorials that hadn’t been built, and I’m glad he talked to me and glad I was able to listen.

I still believe that it’s important to listen, and to get to know people who think differently, who see the world from another vantage point. But what happened in Charlottesville—the murder of a young woman, the chants of the neo-Nazi marchers—should wake us all up. Their cause is an assault on human decency, and that they should have any kind of support from President Trump, or anyone in a position of responsibility and leadership, is heartbreaking, and dangerous for the United States and our common future. 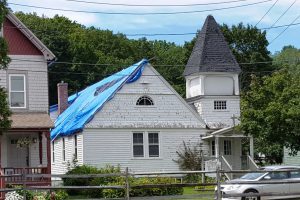 The book was originally called Sewing Circles, Dime Suppers, and W. E. B. Du Bois: The History of the Clinton A.M.E Zion Church. As we began planning the new updated edition early in 2017, we heard about the Clinton Church Restoration, a nonprofit organization launched to raise funds to purchase the now-abandoned church building and restore it as a community building celebrating local African American history. We gave all our remaining copies of the first edition to the organization to use in the fundraising effort, and will be providing copies of the new book to support their work.

The new book’s title, The African American Community in Rural New England: W. E. B. Du Bois and the Clinton A. M. E. Zion Church, was chosen to emphasize that this book provides general readers as well as students with a fresh look at a loving and vibrant community that existed, and still exists, in rural New England and other parts of the northeast. The author, David Levinson, has written an epilogue to bring the story up-to-date and we are grateful to him for providing an epilogue covering the tragic murder of Rev. Esther Dozier, the church’s subsequent closure, and the recent restoration efforts.

Berkshire Publishing’s mission is to promote cross-cultural understanding and global perspectives, and it has always meant a great deal to us that Du Bois grew up in Great Barrington, Massachusetts, the small New England town where Berkshire was founded. We’re pleased to be able to support the work of the Clinton Church Restoration, and to make the book available to readers around the world in a new print and digital edition.

Note: Du Bois graduated from Great Barrington High School as valedictorian of his class and attended Fisk College in Nashville, Tennessee. It was while in Tennessee that Du Bois first experienced, he said, overt racial discrimination. In 1895, he was awarded the first doctorate to be granted to an African American by Harvard. His doctoral dissertation, The Suppression of the African Slave Trade to the United States of America, 1638–1870, was a pioneering application of economic analysis to history.