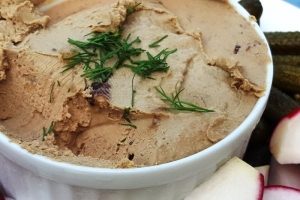 I went to a talk by a cookbook author who said she’d figured out a system for efficient home cooking: big pots of beans and soup, dishes that could be frozen and reheated. The concepts would have been obvious to any old-fashioned cook, and they are good, practical concepts. But her specific advice was so complicated and confusing that you’d need an app to have a chance of following her system.

My daughter rolled her eyes and whispered, “You could write a better book.” We slipped out and went to dinner.

I don’t know if I could write a better cookbook, but I can suggest an approach to efficient home cooking that works and want to give one example. I think of this as sequencing, letting one dish suggest another. In this case, it’s a sequence so perfect that I will repeat it often, but the concept can be applied to practically anything. 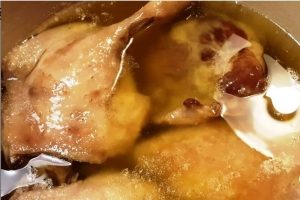 I’m trying to show how one dish can flow into another. Experienced cooks do this all the time. It saves money and reduces kitchen waste.

You can find many recipes for duck confit that require a pint of goose or duck fat to start. Even the recipe I used called for purchased fat. Instead, I used a New York Times recipe that lets the duck cook entirely in its own fat, but I used the Asian seasonings suggested by Ken Hom in his A Stir-fried Life (our review here).

The end result was gorgeous gold duck confit, and a nice-sized jar of fat that tasted of star anise and garlic and ginger. My initial plan was to use it for roasted potatoes, or for browning onions when I was making a soup. I tucked it in the freezer.

Then my daughter came home with a container of chicken livers and said she fancied chicken-liver pate. I started browsing online, and it was a favorite cookery writer, David Lebovitz, an exuberant American whom I would love to meet except I would gain 10 pounds on the spot, who made me realize that I could use the duck fat in the freezer for my pate.

He writes, “I love duck fat and if you haven’t tried potatoes cooked in duck fat, I urge you to step away from the keyboard, go buy yourself a duck, render the fat, pluck some potatoes from your rooftop garden (if you live in Brooklyn), and fry them up. Then…Oy!… as anyone is likely say when they taste them.”  Read more here. 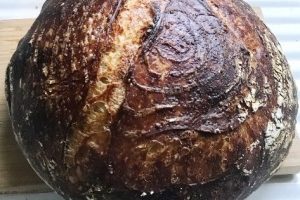 So that lovely supply of fat from the duck confit was soon blended with the chicken livers, which had been sauteed till they were pink inside along with finely chopped shallots.

You can see the resulting dishes here, along with a loaf of bread that turned up at exactly the right moment. A neighbor, Tom Ferris, had borrowed a ladder and when he dropped it off he brought some bread he’d made. The pate was waiting.

This particular sequence is, I think, part of my kitchen identity, too: European cuisine with an Asian influence – and a neighborly connection, too.