W E B Du Bois, a great US intellectual & civil rights activist, grew up right here in Great Barrington, Massachusetts. I can think of no more appropriate way to affirm that Black Lives Matter than to quote some passages by Du Bois today. I’ve been browsing his writings, and am astonished at their range. He wrote vast amounts during his 95 years. I had read that he was known for working with women – perhaps, his biographer commented, due to his early experiences at the sewing circles and dime suppers of his childhood here in Great Barrington.

Here’s a passage that struck me because I’d been talking to a new friend of 93 – someone who worked at Faber & Faber during the years I am writing about – about when she got married. “Of course, I had to stop working.” Du Bois had a few thoughts on that subject:

The world wants healthy babies and intelligent workers. Today we refuse to allow the combination and force thousands of intelligent workers to go childless at a horrible expenditure of moral force, or we damn them if they break our idiotic conventions. Only at the sacrifice of intelligence and the chance to do their best work can the majority of modern women bear children. This is the damnation of women.

All womanhood is hampered today because the world on which it is emerging is a world that tries to worship both virgins and mothers and in the end despises motherhood and despoils virgins.

The future woman must have a life work and economic independence. She must have knowledge. She must have the right of motherhood at her own discretion. The present mincing horror at free womanhood must pass if we are ever to be rid of the bestiality of free manhood; not by guarding the weak in weakness do we gain strength, but by making weakness free and strong. 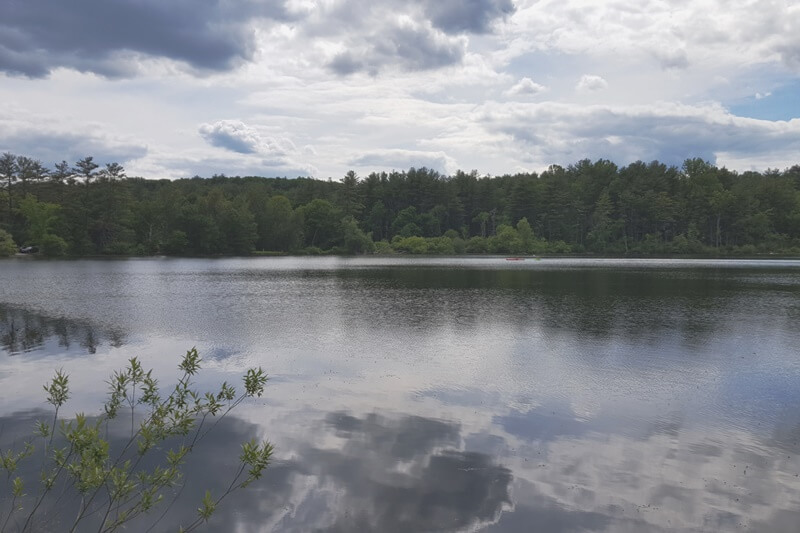 Berkshire Publishing has always been inspired by the knowledge of Du Bois’s love for this town, and when I took these photos on Main Street and of the crowd outside Town Hall, I thought of a little boy who walked these street nearly 150 years ago. There’s a rock by the lake that kids like to climb. My son, who used to sit up there, told me the kids called it Whale Rock. I wonder if Du Bois and his friends ever sat there and watched the sun sink below the trees on the other side of Lake Mansfield. Would they have known about the famous book about a whale, Moby Dick, written in nearby Pittsfield? 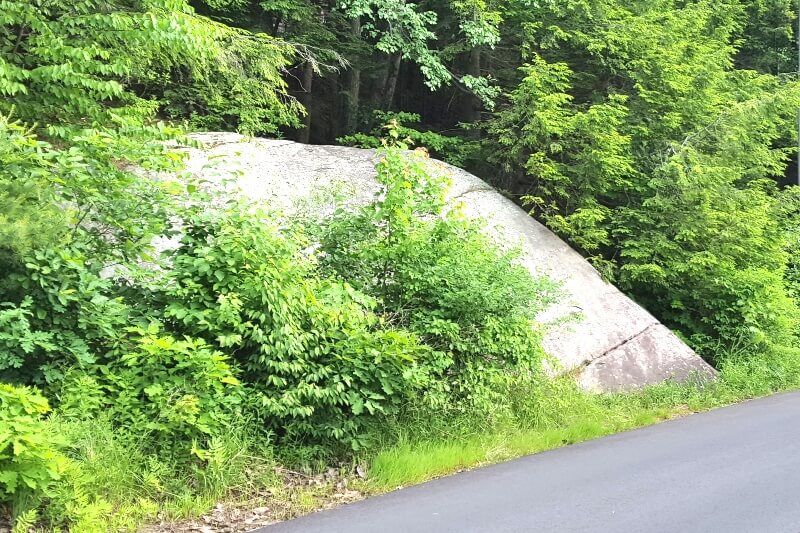 Du Bois wrote about how he learned the meaning of democracy at the annual Great Barrington Town Meeting, then held in the town hall you can see at the right in the photograph below, crowded for a Black Lives Matter rally. Our town hall opened in 1876, when Du Bois was 8 years old. I wonder what he would have thought, and said, and hope there is someone as eloquent as he to record this moment in our history. 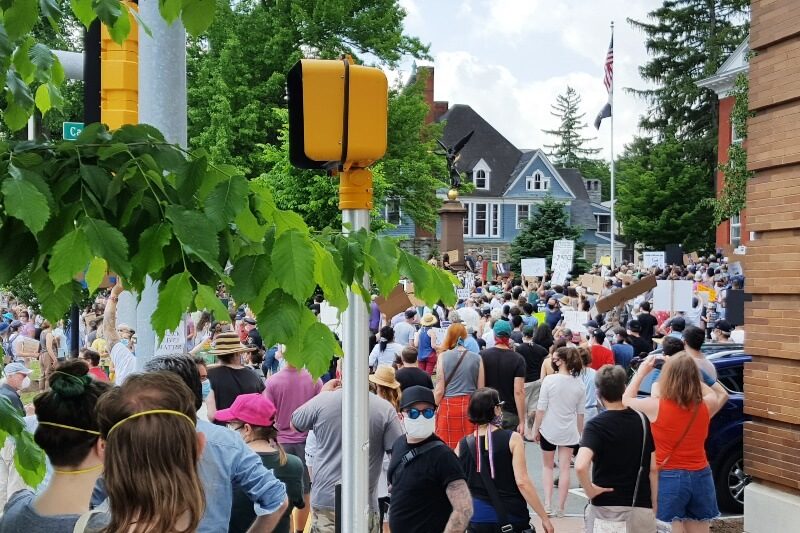 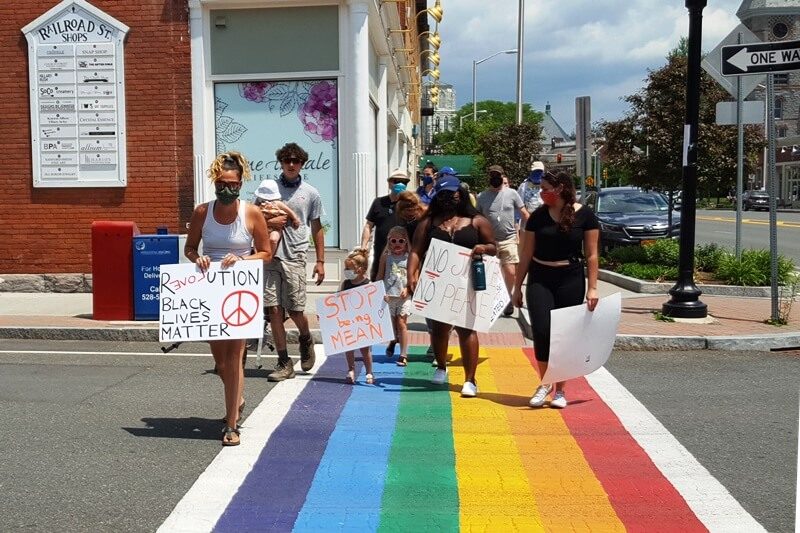 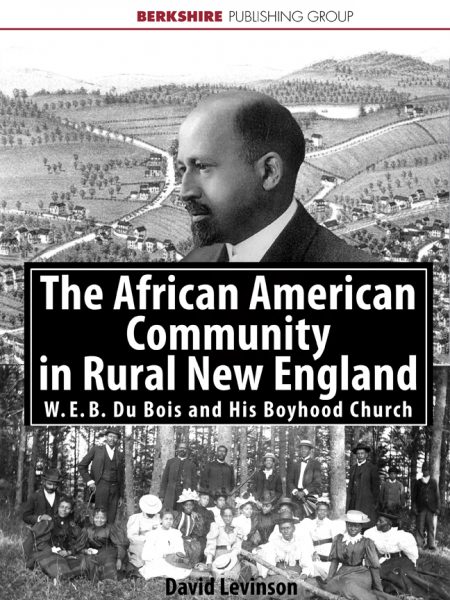 We recently brought out an updated edition of a book that tells the story of the African American Community in Rural New England: W. E. B. Du Bois and His Boyhood Church. It’s a story of a small New England church’s role in the national civil rights movement. Du Bois attended the church as a youth; his writings are an important source for this history by anthropologist David Levinson. The ebook is available here (and we can provide library or multiple-user access). It’s also available in print and from major digital aggregators including EBSCO and ProQuest. “In an interesting historical note, Du Bois himself (at the age of fifteen) was elected temporary secretary of the Sewing Society on 19 December 1883, when temporary officers were needed for the hour or two between the termination of the existing board and the election of the new board. His biographer, David Levering Lewis, suggests that Du Bois’s involvement with the Sewing Society was the beginning of a lifelong pattern of his working closely with women.”

Du Bois has been a controversial figure in town, a story I told after the Charlottesville march in 2016.

Not, say those who argued vehemently against putting up signs saying “Birthplace of W. E. B. Du Bois” at the roads into town, because he was Black, but because he was a Communist. That local battle went on for some time, and there were stories about it in the Washington Post and New York Times. During the fray, curious about how anyone could object to recognizing a local lad who became a figure of worldwide renown, I telephoned the man who was thought to be leading an anonymous campaign against the “birthplace of” signs. Read the whole story.

Last year, all three towns in the Berkshire Hills Regional School District voted to rename the local elementary school for Du Bois, but it has still not been done.

But back to Du Bois himself, with another striking passage, about African American women:

They came first, in earlier days, like foam flashing on dark, silent waters,—bits of stern, dark womanhood here and there tossed almost carelessly aloft to the world’s notice. First and naturally they assumed the panoply of the ancient African mother of men, strong and black, whose very nature beat back the wilderness of oppression and contempt. Such a one was that cousin of my grandmother, whom western Massachusetts remembers as “Mum Bett.” Scarred for life by a blow received in defense of a sister, she ran away to Great Barrington and was the first slave, or one of the first, to be declared free under the Bill of Rights of 1780.

The son of the judge who freed her, writes: “Even in her humble station, she had, when occasion required it, an air of command which conferred a degree of dignity and gave her an ascendancy over those of her rank, which is very unusual in persons of any rank or color. Her determined and resolute character, which enabled her to limit the ravages of Shay’s mob, was manifested in her conduct and deportment during her whole life. She claimed no distinction, but it was yielded to her from her superior experience, energy, skill, and sagacity. Having known this woman as familiarly as I knew either of my parents, I cannot believe in the moral or physical inferiority of the race to which she belonged. The degradation of the African must have been otherwise caused than by natural inferiority.”

It was such strong women that laid the foundations of the great Negro church of today, with its five million members and ninety millions of dollars in property. One of the early mothers of the church, Mary Still, writes thus quaintly, in the forties: “. . . But the labors of these women stopped not here, for they knew well that they were subject to affliction and death. For the purpose of mutual aid, they banded themselves together in society capacity, that they might be better able to administer to each others’ sufferings and to soften their own pillows. So we find the females in the early history of the church abounding in good works and in acts of true benevolence.”

Finally, a passage Chris Demsey, president of Transportation for Massachusetts (@T4MA), sent me when he read my comments after the death of George Floyd at the hands of a Minneapolis police officer. It comes from an essay Du Bois wrote when he was at Harvard in 1890:

A street-car ride to Boston on a pleasant morning is quite a treat. By varying the time by a few hours you can get almost any sort of company you wish. | If you start at six, you go with big-fisted laborers, carrying dinner pails, and looking stolid. |  If seven be the hour, you meet clerks and shop-girls who may look a little sleepy but are quite jolly withal. | At eight, the bookkeepers and upper tier of the lady clerk type, writers, and the like, surrounded you. They are more reserved, do not smile for fear of smashing some rule of etiquette, and generally carry a mysterious little frilled bag. | At nine o’clock, you will meet the businessmen or at least see signs of them behind rows of morning papers. They are large-stomached important person types, who read the stock quotations and skip “foreign news.”  | Yesterday, I went on a ten o’clock car and met still another world: they were my ladies of the house going shopping; good eyed, well-dressed, decent looking individual, in pairs for the most part, and possessed seemingly illimitable powers of conversation. It would be interesting and instructive to spend the day on street-cars.

By the way, the Train Campaign is hosting a number of live online events this summer, including a talk cohosted by Bascom Lodge on Mount Greylock and the first online screening of the 1974 documentary The Last Train to Pittsfield. Here’s a 3-minute clip from it. 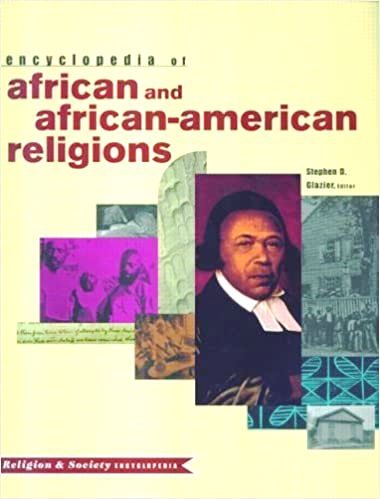 To support the scholarly community during this challenging time, we have joined with other publishers and JStor in extending our expanded access program for students, faculty, and institutions impacted by COVID-19. Free access to over 32,000 books will be extended for participating institutions and secondary schools that have opted in through August 31, 2020. JStor has also opened up an expanded set of content to non-institutional users.

The Encyclopedia of African and African-American Religions is Volume 2 of the Religion & Society we developed with Routledge. It’s now available only from Berkshire and online at JStor, but we hope to make individual volumes available on other platforms soon, too. Click here to order a copy of the $125 Routledge library print edition.

It is a pleasure to have a chance every month to write to far-flung friends and colleagues, and it’s been extraordinary to see good coming out of these very difficult times and sad events. I’m grateful for the myriad ways in which we are connected, in spite of being far apart.