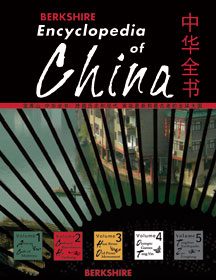 When I meet someone Chinese, in Beijing or New York or London, they often exclaim over our name. Publishers tell me how exactly right its meaning – “treasure mountain library” – is, especially for a press known for encyclopedias on global topics. I explain that 宝库山 was carefully crafted by a group of friends who understood my vision for Berkshire Publishing. It happened in March 2009, shortly before the Berkshire Encyclopedia of China was published. I sent a message to several Chinese friends asking for help with a name. Here are a few extracts from our emails to show how the name Bao Ku Shan, which echoes the sounds in the word Berkshire, came to be:

I wrote: The characters chosen for “Berkshire” when I first had business cards made for a trip to China in 2002 were 伯克夏. They had no special connection to our business, just to the sound of the English word. (And I’m told they can be translated as “senior,” “overcome,”and “summer.”]Now we have plans to develop a separate online publishing enterprise called BAO, with bǎo 宝 and bào 抱 in our minds. I am wondering if we could find a new way of saying Berkshire in Chinese that would have Bao as the first character? This would create a good link between the projects and the meaning could, I hope, be more relevant. Many thanks, Karen.

HY: As we are brainstorming, here are some bricks from me (intended to invite precious stones, to use a Chinese proverb 抛砖引玉 Paozhuan-yinyu): 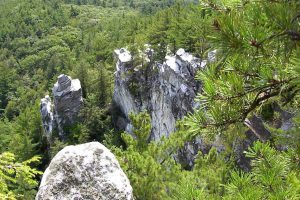 LZ: This is indeed very collaborative and interesting! Let me add a few more bricks. 🙂

First of all as a side note, the commonly used mainland translation for Warren Buffet’s Berkshire Hathaway is 伯克希尔·哈撒韦. If you would like to go with a stricter phonetic approach of translation, 伯克希尔 is another possible alternative to 伯克夏. And replacing the first character with 宝, 宝克希尔 is something to consider.

But I really like the first proposal by HY. 宝库书 has an excellent phonetic connection to Berkshire, and its meaning very well echoes Berkshire Publishing’s main business—reference books.

IM: All good and energetic names,  how about 宝库山 considering that the Berkshire Mountains are close to Berkshire Press?

That final note was written by a colleague from Shanghai who had actually visited our press in Great Barrington, Massachusetts, so he had the visual sense of our mountains. And it turned out that that character, shan, was the final touch. Everyone agreed that the name 宝库山 fit the bill perfectly, and we have used it ever since.

This is indeed a good lesson to any company planning to do business in China! A simple way to explain this is to say that a really good Chinese name has to have both sound and sense, a phrase we use in the West about poetry. (Keep in mind that Bao Ku Shan echoes the sounds in the word Berkshire.) I remember our first tagline in Chinese and how a friend wrote, “The left side of the final Chinese character means water. Its implication is rich, abundant, resourceful.” This has stuck in my mind as a lesson in just how many-layered the Chinese language is.

From a book by a Berkshire author, the late Jack Wills: “Real and metaphorical mountains have had great power over the minds of the Chinese at many times and in many ways. Buddhist monasteries often were built in mountainous areas. Some sacred mountains were ancient centers of pilgrimage and veneration. Emperors were buried in real mountains . . . or in great tomb mounds that were called mountains. . .Landscape paintings were and are called “mountain and water paintings.” Water always flows on and away, like time or one’s life, but mountains have weight, endure.” John E. Wills Jr., Mountain of Fame, page xi, Princeton University Press 1994.

Incidentally, our Chinese name is trademarked in the People’s Republic of China.