There’s a new breeze blowing in the United States, and it is not just the chill winds of Wall Street and Detroit. A friend sent a message from a friend of hers in which he describes wanting to hang a flag or hear the song America the Beautiful. That kind of obvious patriotism is generally the preserve of conservative Republicans, but the celebrations of the past two weeks seem to have made even cooler, more intellectual Democrats eager for emotional outlets. It’s too bad we don’t have venues, or regular occasions, for community celebration – and of course it’s cold outside here in the northern states, so we won’t be gathering in front of town hall to sing. I guess that’s why there is so much interest in the inauguration itself, in Washington in two months, and perhaps there will be some kind of festivities around the country. 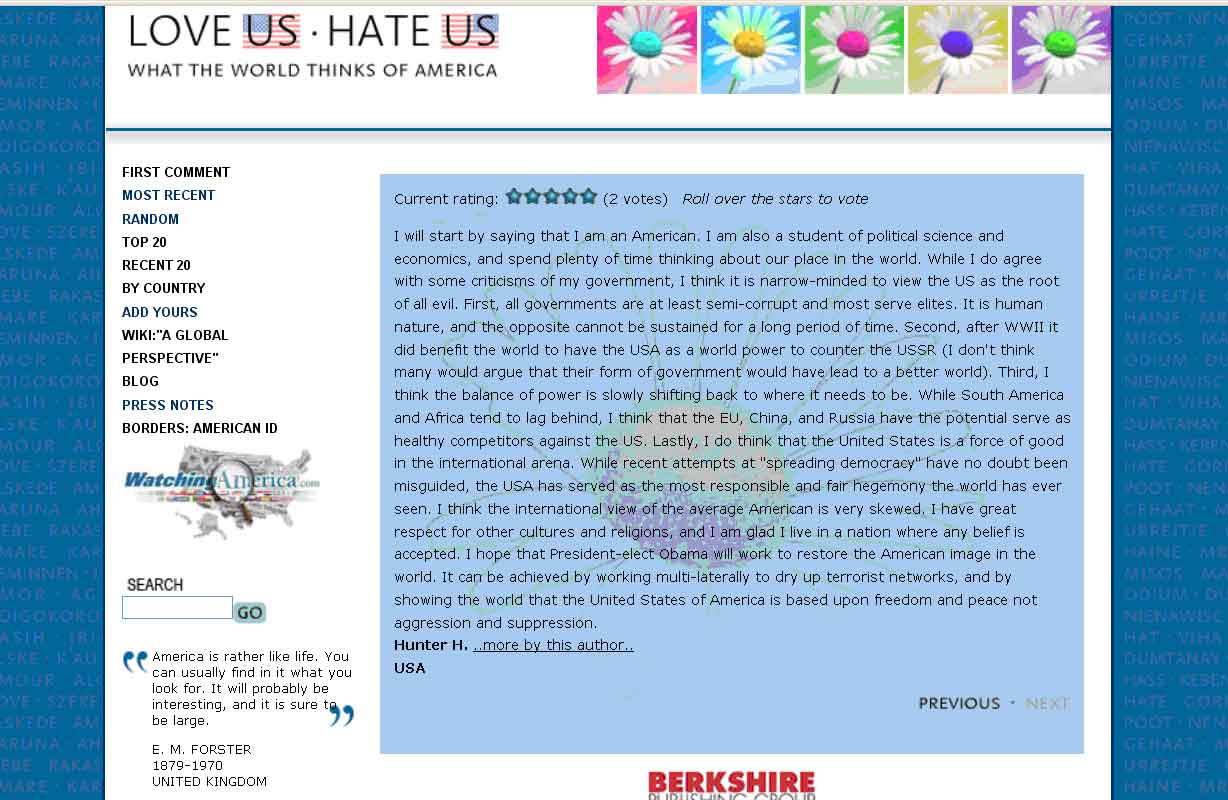 I’m seeing more activity online at our LoveUSHateUS.com – a site designed to get people talking, and thinking. I came up with the daisy motif based on the child’s game familiar to us in the United States and England (and perhaps in other countries, too – please do tell!). Plucking out daisy petals one chants, about the object of one’s affection, “loves me, loves me not.” I’m now considering a change of name to capture this idea more closely, and wondering how to encourage people to comment, for fun, on whether America is really cool again, as the BBC reported after the election. There are some thoughtful new comments, as well as at least one of the nasty ones that we also let go into the discussion as long as they are not violent or obscene.