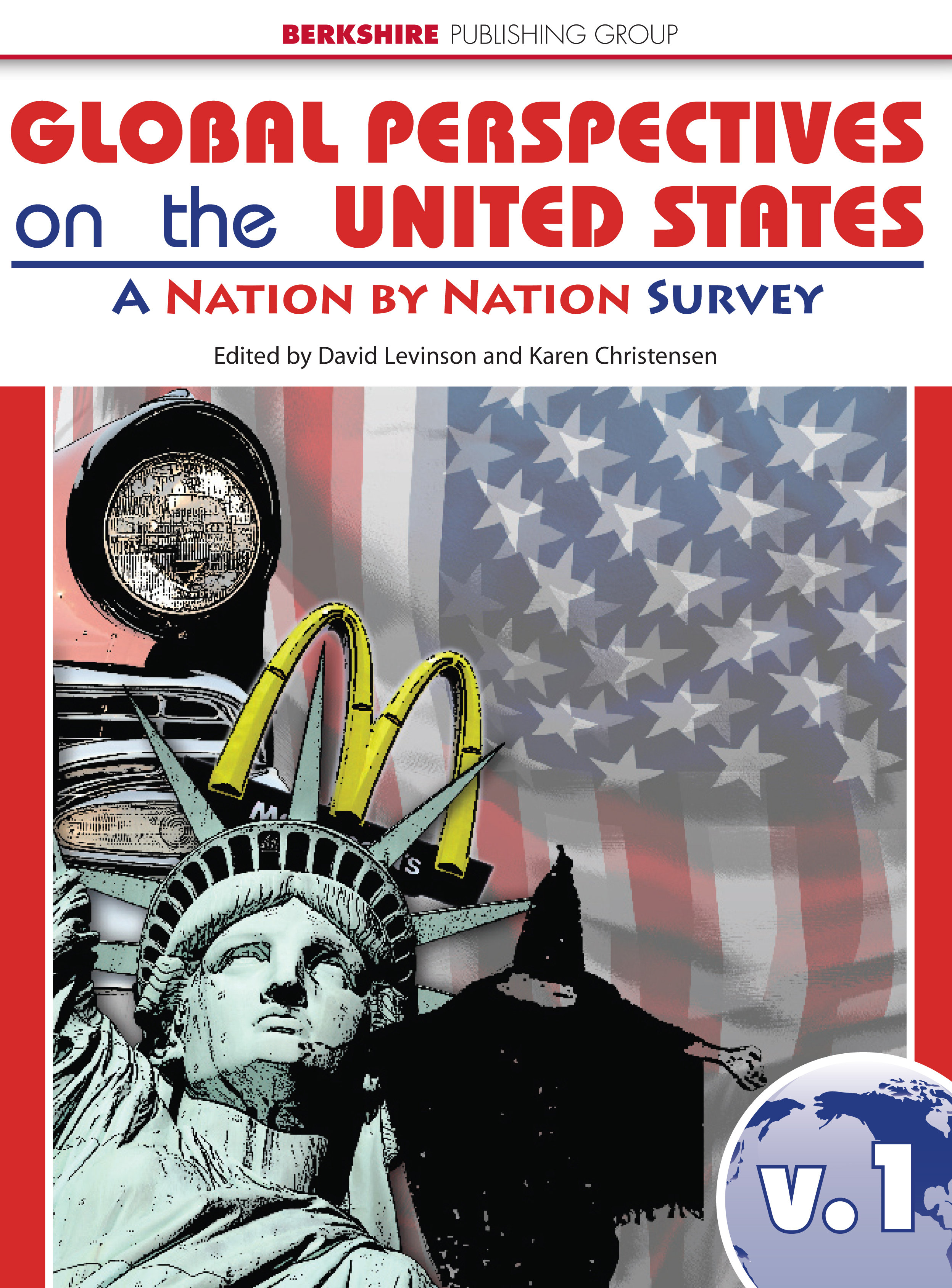 Thinking about how China is perceived always brings me back to the time when the Washington DC-based Congressional Quarterly Press asked us to develop three volumes called Global Perspectives on the United States (which we eventually published ourselves under the Berkshire imprint, after CQP tried to censor the contents). This was towards the end of the George W. Bush era, and the world wasn’t exactly crazy about America then. Remember that innocent time? The false arguments for our invasion of Iraq? Abu Ghraib? Waterboarding? The three volumes focused primarily on politics and history, from colonial days to the present.

But we didn’t want the discussion to be all politics. We wanted to capture global opinion on ordinary things: driving and food, childrearing and music.

I came up with a website called LoveUsHateUS.com so people could talk about what they loved and hated about the United States.

It was amazingly popular, generating a great volume of comment and debate. Here are a few

I can’t believe how friendly people are here. We’ve been here about 3 weeks, and we already know our neighbors, we’ve already been to a party, and we’ve already received a bunch of lunch and dinner invitations. I’ve had more invitations to lunch and dinner in the last week than I did the entire time I lived in Germany. That’s not to say that Germans aren’t nice folks. They’re just a little more reserved than Americans, especially about inviting people into their homes.

I am constantly shocked at how overweight Americans are. A favorite hobby of mine in Germany was girl-watching at the mall. Here, though, it seems like every girl who’s old enough to have a figure is significantly overweight. The guys are no better. Lay off the French… er… freedom fries, guys!

Here’s what a young Kenyan man told me, “To my grandmother, the whole world outside our country was America. I had an old cap and she admonished me one day not to wear it when I went to America. I was actually on my way to study in Germany.”

I love American potluck dinners! I don’t know if the name comes from the Native American potlatch, but the concept is a great one, one of the most convivial aspects of US life today. I could never convince British friends that I should bring a dish, and they didn’t think it was hospitable to be invited over but asked to bring something. So I gave up. But here in the States I’m always happy to be asked to “bring a salad.”

It’s the land of women’s sports! Sure, it took federal laws that were all about money (funding for schools would be cut if they didn’t give girls equal access, facilities, etc.), but there is a growing acceptance of the female jock. And women of all ages are more open to trying new things, testing personal limits, building strength, coming together as a team. And that’s America at its best.

Americans are wonderful. That’s why I live here; also because I am able to overlook their insipid insistence on not eating sausage and kippers for breakfast.

In the US, we have this idea that if we’re not working at 120% capacity, we’re not busy enough. We take on way more than is humanly possible and then (understandably) fail to be able to complete it on time. I personally find that when I am overworked, which is almost always, it is simply because I accepted more than I should have. I think we have this notion that turning down an assignment is some kind of black mark. The result of all this is that while we all look really busy,   no one is accomplishing much. Email and voice mails go unanswered. Deadlines get missed. Commitments get broken. A German colleague once told me that the worst thing about Americans is that they constantly promise to do things and then don’t, and that is the expected behavior.

We’re not perfect, is any country? But we’re pretty darn good!!

I don’t *hate* America, but I get very worried about the US and us. USA and ‘us’, the rich 5% of humanity. We live high on the hog. Most people struggle for the next meal and we haven’t found a way to moderate the drive to riches and excessive abundance.

This very project is just so American. Americans have this obsession with ratings. I am an American living abroad. Whenever I go home, people ask me, “Which is the best country in the world?” . . . The funny thing is, I am only ever asked this question by Americans.

I love that last remark, which reminds me that the premise of LoveUsHateUS did rather fall into the pro or con choice I have been criticizing. But as we explained, you can love some aspects of the American way of life and dislike others, or “maybe it’s a love-hate thing.” If you want to read more, before we relaunch the forum using new WordPress software, here are some extracts from right after Barack Obama was elected president: LoveUSHateUS.com gets new life, post-election and More comments from LoveUSHateUS.com, mostly about France and the United States.