This post is about the partnership launch held on 15 March at the London Book Fair and also sets out my observations about developments in the realm of Chinese publishing, along with advice for Western publishing professionals who’d like to be China-ready.

close to tears at our launch at the London Book Fair with China Publishing Group and the Encyclopedia of China Publishing House (ECPH). This new partnership is the fulfilment of a dream I’ve had for nearly ten years, and there was such serendipity in having a celebration take place in London, the city where my publishing career began.

We were announcing the launch of one of the largest global initiatives to be undertaken by a Chinese publisher. It was no surprise that Richard Charkin, executive director of Bloomsbury Publishing and immediate past president of the International Publishers Association, already knew Zhu Weifeng, director of the planning and development department of the State Administration of Press, Publication, Radio, Film and Television of China and Jiang Jun, vice president of the China Publishing Group, which ECPH is part of. Richard gave a strong pitch for continued cooperation and mentioned our long-standing friendship, which goes back to days before I began focusing on China, when he was CEO of Macmillan.

Professor Kerry Brown delivered a stunning display of linguistic yoga by delivering his speech in English and Chinese, talking equally fast in both languages. Kerry and I met when he was at Chatham House in London. During the intervening years he went to Australia to start the China Studies Centre at the University of Sydney. He has now returned to London as a professor of Chinese Studies and director of the Lau China Institute. We’ve been working on Chinese biography together and he is the new editor in chief of a second edition of the Berkshire Encyclopedia of China.

I then said a few words that echoed the piece I’d written for the Chinese publishers’ book fair newspaper (“Completing the circle begun under DENG Xiaoping in 1980”). Our Chinese colleagues Zhu Weifeng and Jiang Jun talked about the significance of our shared enterprises, and the value of the friendships we have developed over the years. (Here we are, on Chinese TV.)

This led into closing remarks by Carole Stone CBE, director of YouGov and London’s “queen of networking.” Carole knows more than anyone about the importance of reaching out and building relationships, and I’m hoping to write a book on networking with her with a special emphasis on global understanding.

The photo at the top, of Zhu Weifeng, Jiang Jun, Jiang Lijun, and me as we toasted the establishment of the International Editorial Center, became Publishers Weekly’s “Picture of the Day.” Jiang Lijun, assistant president at ECPH, is someone we know best as Lydia. She and I first met in late 2007, and you can see us here, along with Gong Li, the retired president of ECPH, whom I’ve met many times, and Ma Lina, the editor with whom we have been working for several years. 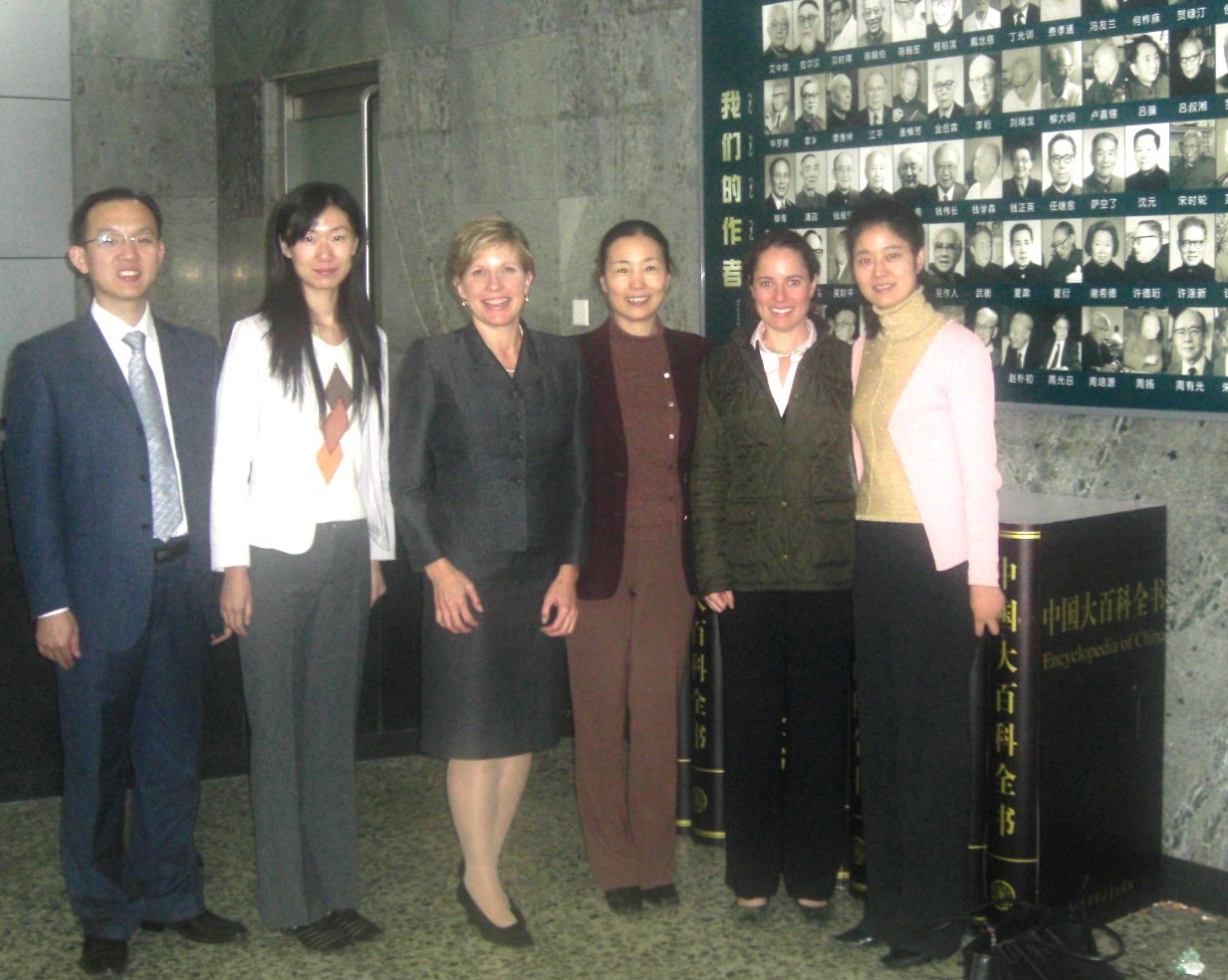 And what are we actually going to do? The Encyclopedia of China Publishing House (ECPH) and Berkshire Publishing will produce an English edition of the shorter version of ECPH’s famous Encyclopedia of China, completing a circle that was begun by the Chinese president Deng Xiaoping in 1980, when he encouraged ECPH to create a Chinese edition of the Encyclopaedia Britannica (Washington Post article here).

With China Encyclopedia USA, we will be offering international readers, for the first time, a famous work familiar to millions of Chinese students and educators. Equally important is the fact that China Encyclopedia USA is being developed in parallel with the second edition of Berkshire’s own Encyclopedia of China. The two works will be available separately or as a package, with articles on the same topics mapped from one work to the other.

This cooperation epitomizes the state of US-China relations in 2017. While there are political tensions, the reality on the ground is that we want to work together and learn about one another. Back in 2007, I showed extraordinary hubris in deciding that I would teach the world about China. One of my colleagues passed on the remark of a Chinese scholar who said that he hadn’t thought such a project was possible, “But somebody has the nerve to try. Best wishes to them.” Ten years later, I am honored by the confidence my Chinese colleagues have in me and my company, and have a new commitment to sharing what I have learned.

Here are several things that were evident at the London Book Fair:

Here’s what Western editors and publishers can do to become China-ready:

Berkshire Publishing is an entrepreneurial academic press based in western Massachusetts and New York City. It is known for its China expertise and for works such as the Dictionary of Chinese Biography and the forthcoming Encyclopedia of Chinese Cuisines. Berkshire’s China titles are published online by Oxford University Press.

This is, of course, only the beginning. Questions? Please leave a comment, or email me directly: karen@berkshirepublishing.com.