Home>Libraries We Love talks to Ian Anstice
Previous Next

We begin our new blog series, Libraries We Love, with Ian Anstice,  “Librarian in Charge” at Cheshire West and Chester Council and creator of Public Libraries News.

Ian, where were you born and how did you become a librarian?

I was born in a depressed and depressing town called Newport in South Wales.  It had few things going for it. However, it did have a reasonably big central public library. In those days it had something called Browne Issue, which meant rows and rows of tickets on tables and women finding the right ticket incredibly fast.  I loved that place or, rather, the free books that I could take out of it without payment and without judgement.  It was so unlike every other building in the town centre that it screamed wonderfulness at me.  So, after a few mis-steps, I was lucky enough to get a paid studentship to do a MA in Librarianship and, after that, my first job was as librarian at Winsford Library in Cheshire and I have stayed there pretty much since 1994.

Which sounds a bit tedious, but it isn’t – every day is different, with new challenges and people to help.  One of the nice things is serving the children of the kids I remember introducing to the library back when I started.  So, so far so normal, but two years ago I was shocked out of any complacency due to the cuts which I started to summarise in a blog called Public Libraries News.  I knew I had touched a nerve when, within a couple of months, national newspapers, radio and television started calling me for quotes. I won the international IWR Information Professional of the Year award for it, which was quite something.  The big thing, though, was watching politicians appearing surprised when thousands started signing petitions to save libraries and there were marches through market towns.  It has been fascinating chronicling it all.  Few politicians are under any illusions now about what will happen if they try to close a library.

Who are your three favorite authors?

I have always been and will remain determinedly not high brow in my reading tastes.  This is probably a good thing considering the tastes of many public library users who tend to look askance at being offered Marcel Proust or Dostoyevsky as suggested reads.  So, without further ado, my authors are:

Where is your favorite place to read?

REAL VERSION: I suppose that I am not allowed to say on the toilet.  However, it actually is the toilet.  (How come we can’t admit that this is a place where most reading is done? We happily show the most horrendous violence on TV but still I feel like I’m being very daring saying I read upon the throne, in the littlest room, upon the seat of motions….).  The reason I do so is obvious.  No interruptions. My small children are stuck outside of the locked door. I get a few minutes peace, sometimes more than a few if it’s a great book.  The only downside is of course getting into a book and then suffering pins and needles when I stand up again. What do you mean “too much information?”.  This is a blog about librarians.

What place on earth would you most like to visit?

The thing about books, as I tell children when I do school assemblies, is that one can go anywhere without all that troublesome getting packed and travelling.  One can even see into the minds of people when you get there.  Books can also take you to places otherwise impossible to go like Ancient Rome, the far side of Neptune or an alternate Britain where libraries are well-funded and under no threat of closure.  If I was going to be pinned down to an existing place on Earth though … hmmm … I think New York.  We went to Florida for the Disney theme parks this Summer and that was such an artificial vision of the USA that I would like to go see something else of this weird, great and divided country that so dominates our lives.

How is technology influencing your library?

In every way possible and at a faster and faster rate.  I’m so creaky and old that I can remember using microfiche to check to see if a book was “in print” and the amazement at seeing the first animation on the Encarta CD-ROM we had.  Now we have a bank of public access computers that is full of people using it for the essentials of their lives, which nowadays is as much about job-hunting than it is about Facebook or booking a foreign holiday.  We also have that height of technology called a coffee vending machine.  Google has meant a dramatic decrease in the amount of enquiry work, which has been replaced by the need to help people with the computers.  Over the last year, the impact of ebooks has been more notable, although I would hope to see that, like the radio and the television, there will be always be a place for both.  No matter what is thrown at a public library though, my experience is that it tends to adapt and survive.  Personally, I am looking forward to our first 3D printer and hope it will come soon. 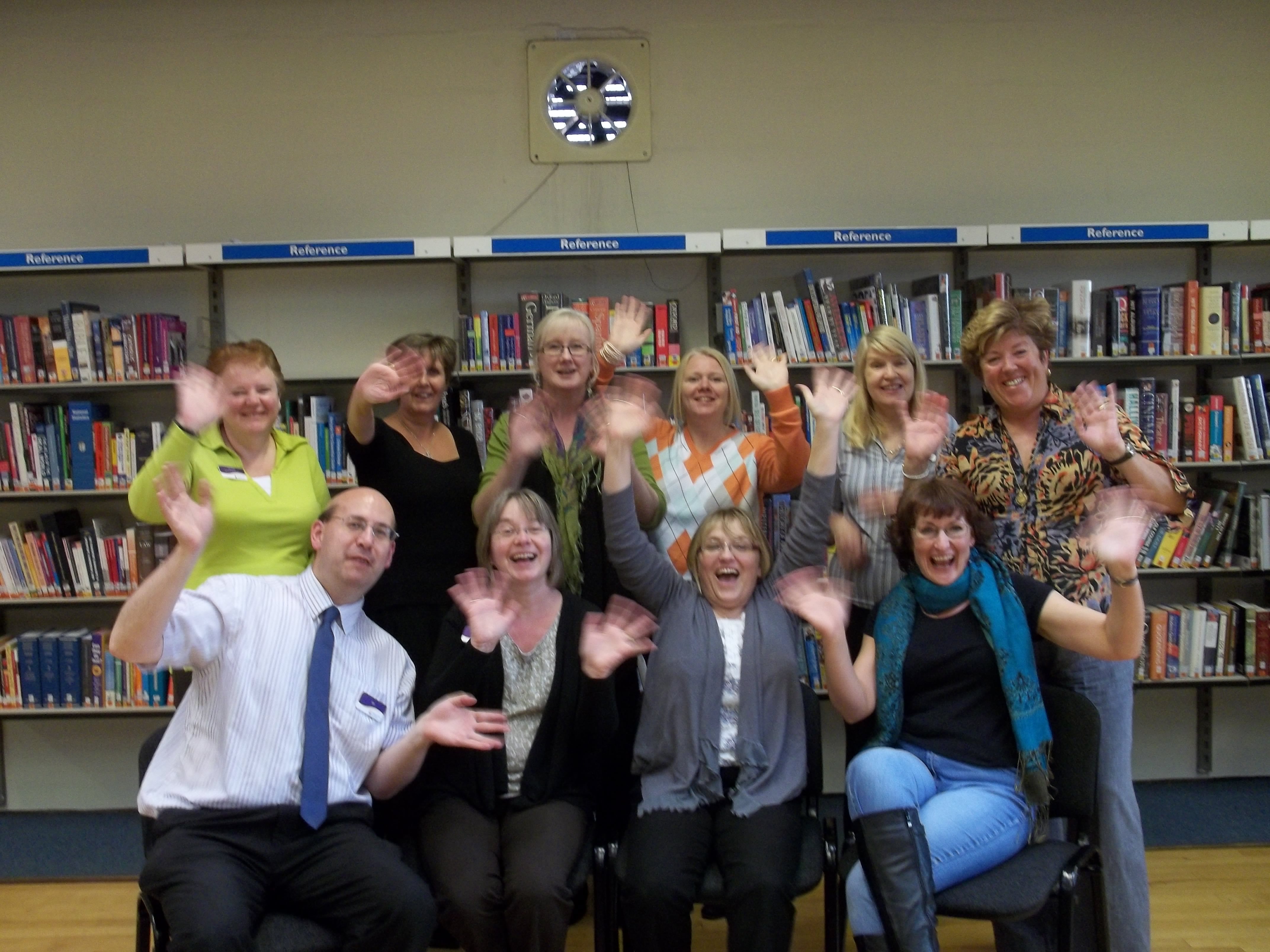 What is the funniest/strangest thing that’s ever happened to you at the library?

I always have a soft spot for the lady who came in one day and asked for Jane Eyre by Charles Bronson.

What, apart from my own? Dang.  OK, then, how about Voices for the Library? Hopefully you won’t notice I’m involved in that pioneering public libraries campaigning website as well.

Thank you, Ian, from all of us at Berkshire Publishing!

Here’s how to connect with Ian:

Stay tuned for next week’s librarian….