Home>News>How does publishing really work? A guide for the unwary
Previous Next 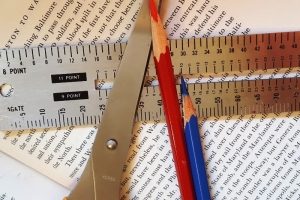 A friend came to me furious because, unlike her colleagues’ publishers, the company that produced her book wasn’t arranging a launch party or media interviews. I thought that her book had been beautifully edited and produced (very quickly because the subject was time-sensitive), and that she had paid a very modest fee to have this done.

“Did you agree that they would handle promotion and marketing?” I asked. The question didn’t register. She’d arranged to have the book “published” and to her that meant everything she saw happen with other people’s books. She didn’t know that her colleagues’ parties and media tours were probably being paid for by them or their organizations, rather than by the publisher. She simply wanted what everyone else got.

Another friend told me about getting his books “published” by a very nice company and that he was hoping to raise enough money to publish a few more. Thanks to someone he knew, the books were being carried at this and that local bookstore, and he hoped there would be more if his coauthors could find time to visit more stores.

“Doesn’t the company you used provide distribution?” I asked. He didn’t know. “You can buy an ISBN for $100 and I did that. And they can get the book on Amazon, too.”

If you are not a publishing professional, you may wonder what the connection is between those two stories. If you are, you’ll know that these are stories that show how little even highly educated, literate people know about publishing.

The following notes apply to self-publishing, a booming industry, as well as to “hybrid” and “custom” publishing, and to what I generally refer to as traditional publishing.

Many editors and agents who formerly worked for established publishing house now make a living selling their services to individuals. Some have set up businesses selling publishing services. Amazon, of course, has a dominant place in that market, but there are plenty of smaller companies. They often do excellent work, but the two problems illustrated above are among my concerns.

First, the author may end up unhappy because she doesn’t understand the components or stages of launching a book and has no idea what each stage costs.

Second, some of these businesses are aimed at the ignorant and unwary, charge excessive fees, and don’t even provide a full range of services. I have met more than one person who thought that paying to produce a book themselves—in one case, a remarkably attractive and no doubt expensive jacketed hardcover—would make it more likely that a big publisher would want to take it on and promote and sell it. (This is not the case.) 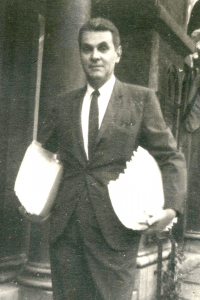 Then, of course, there are the authors who work with traditional publishing houses who are almost always confused and frustrated by the whole process. I was a newbie author once, glad to accept an advance of £1,500. I learned about the business as an author, and have also been a publisher for twenty years. This is a crib sheet, off the top of my head, of the things I think everyone should know about the publishing process. I have made this very general, but included details related to academic publishing because that’s an area I work in. I’m sure there are many details I’ve missed, and I will be asking colleagues for their suggestions.

The photo at right shows my dear friend and mentor W. H. McNeill delivering the manuscript of The Rise of the West, which won the National Book Award, to the University of Chicago Press. This was, of course, posed. Bill was a historian and he must have had a sense that this book was a historic breakthrough, to world history.

It was also a vital part of his personal history and I am happy to got help in capturing the moment. I was not happy, however, when he told me that the press had said the manuscript was far too long and that he needed to reduce it by one third. He did so, and that is the book that was published to great acclaim. “But the original manuscript,” I asked, “where is that?”

“I have no idea,” he said, “it must have been thrown away. I certainly didn’t keep it.”

Today, in the era of electronic copies and cloud backups, there are far too many copies. Here’s my run-down of how things work, written not for my colleagues but for those new to publishing. Comments from colleague and newbies are most welcome!

This is a first attempt to write something very short, and it will no doubt need revision once my knowledgeable publishing colleagues get a chance to take a crack at it. Comments are most welcome.