In spite of all the promise of artificial intelligence and the huge amount of data being collected and crunched, the ideas in our April Fool’s Day email are just a joke. You’re still going to devote all too much time to Facebook.

We spun a similar April Fool’s story in in 2005 with the names HALWrite and Dave, characters from the movie 2001: A Space Odyssey. Even then, when the idea of computers composing letters was more like scifi than it seems today, HALWrite caught out a few people. This year’s joke is, we hope, low key enough to calm everyone who fell for our 2016 story about moving to Seattle and joining Amazon. It was influenced by the real news that China’s science and technology sector is really and truly booming. Here are a couple of stories about that:

The app’s name, Homer, is Greek, but the company name, Libai, comes from the Chinese poet Li Bai (who came from Jiangyou near Chengdu in Sichuan Province). Here’s the biography of Li Bai (free PDF download) from the Berkshire Dictionary of Chinese Biography, and some prank suggestions from the Harvard Crimson. I like the idea of putting glitter into someone’s socks – or pockets.­­­

Most of our April Fools stories have been about technology or China, about which people will believe just about anything. As mentioned, one year we claimed that Google had an algorithm that would write personalized letters. (How thrilling it was when a world-renowned expert on technology asked for a link to the beta version.) Another year we claimed that China was making the Fourth of July an official holiday, and a startling number of people believed it, probably because of the brilliant graphics that went with the story. You can see them all here at our archive page. 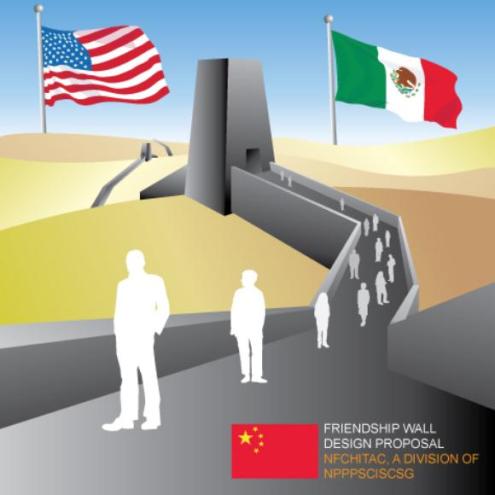 One of our past April Fools jokes seems a little too close to reality. In 2012, we wrote about a “Friendship Wall” between the United States and Mexico. What’s not to love about the Northeastern Friendship Construction and Heavy Industry Transportation and Advertising Company, a division of National Pacific Patriotic People’s Southern Construction, Investing, Securities, and Commercial Services Group?

The 2016 April Fool’s Day email is the one we’re still hearing about. For those who missed it, here’s a link to our April Fool’s email in 2016. It began innocently. Karen Christensen explains, “I’d just landed in Seattle and my team was setting up at the Association of Asian Studies conference. The sun was shining on the mountains and I was a little jetlagged. A very simple joke – that Berkshire Publishing is moving to Seattle to be closer to Amazon – popped into my head. I did a quick edit and sent it on its way. A year later, I still meet people who ask how I’m liking life in Seattle.”