You can’t change the world, Karen.”

I’ve lost track of who said that to me, because it’s happened more than once. I might be on my soapbox about something or other—eliminating plastics, or transforming the publishing industry, or having an efficient and economical passenger rail service in the United States—and my friend will nod and smile in agreement, before trying to bring me back to reality.

You can’t change the world.

We call those people leaders.

When Berkshire’s four-volume Encyclopedia of Leadership was published by SAGE Reference in 2003, we did a rudimentary bit of data science, running a search on names to find out which leaders in history were mentioned most often. To our surprise, and to the dismay of the academic authors, Hitler had a slight edge over Jesus. Hitler was mentioned as an example of leadership, toxic as it was, more often than Jesus.

I thought of this when I watched “Redemption, “a new rap video about climate change addressed to President Donald Trump (click below to watch it). 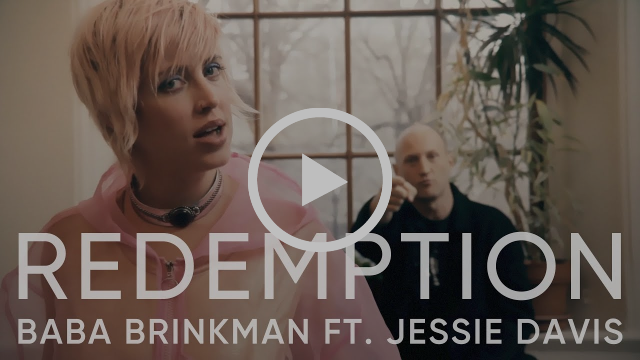 The video presents Trump as an evil leader (indeed, not a difficult case to make), and plays on the Christian concept of redemption. But it made me think about my own need, you might say, for redemption. I too have contributed to climate change, and as someone who published her first environmental book at age 31, you could argue that I have a greater responsibility and have been a worse failure.

I thought about the campaigns I am involved in, the organizations I give money to, the business I run, the book I am writing. I found myself wondering if I shouldn’t choose just one cause, and focus all my energy on climate change. After all, the changes unfolding now will affect the planet for centuries, or millennia, or may just bring our tenure here to an end. Isn’t this a crisis different from any other that we on Planet Earth have ever faced?

You no doubt have your own causes, campaigns, and practical concerns, a job to do, children to care for. You can’t necessarily drop everything to work on one cause like climate change. Many who can are those with the advantage of an inheritance or a supporting spouse, rather than what a friend used to call “working stiffs like you and me.”

But I would like to think that we can move beyond tweeting and sharing videos and pressing yet another “donate” button. Individual action does matter, and there is work for us, no matter where we are or what our situation. That’s what I’m writing about today, the work I’m doing and how I see it all connecting, because I hope that this will encourage you to recognize your capacity for changing the world. Maybe we’ll even have a chance to work together.

And that’s really the point: everything is connected. Climate-change refugees, for example, are part of the global migration that has had drastic consequences for politics throughout the developed world. Jihadists come, largely, from disenfranchised communities. As the historian Bill McNeill once wrote:

Either the gap between cities and villages will somehow be bridged by renegotiating the terms of symbiosis, and/or differently constructed primary communities will arise to counteract the tangled anonymity of urban life. Religious sects and congregations are the principal candidates for this role. But communities of belief must somehow insulate themselves from unbelievers, and that introduces frictions, or active hostilities, into the cosmopolitan web. How then sustain the web and also make room for life-sustaining primary communities?

What he was saying is that when faced with the breakdown of personal ties and economic stability, people go a little nuts. They form gangs, they start wars, they blame anyone who is different from them. Gangs and jihadists show the dark side of community, and the same is true of some of the Trump supporters in red hats: they are so scared and angry that they bind themselves into the modern political equivalent of a street gang.
I’ve put a lot of effort into work on US-China relations as a publisher, because I feel so strongly that we need to know much more about Chinese history, culture, and perspectives. I see intransigence and lack of understanding at the highest levels in both countries, but I do believe that those of us with some connection to China (or other countries) can make a difference (and not just in the United States—the rise of China is a challenge for the global community).

I recently suggested this quotation from Margaret Mead for a speech that was being delivered to an audience that included Henry Kissinger and the Chinese ambassador to the United States: “Never doubt that a small group of thoughtful, committed citizens can change the world. Indeed, it is the only thing that ever has.”

I wonder what they, and the other luminaries in the ballroom, thought of this, a sentence that has long inspired environmental and other activists?Any effective response to climate change depends on cooperation between the United States and China, and it seems to me that we desperately need some new approaches to building that cooperation.

We ought to think more about behaving, in business and politics, in a way that shows the values we promote. It’s impossible to underestimate the damage done to US status around the world by the hypocrisy of the current US administration (and, let’s be fair, past administrations have hardly been perfect on that score).

The way we interact with others forms the basis for international relations. Warmth, curiosity, and smiling are universally understood (as are their opposites, the cold look, the pushing away of a new dish, the smug eye roll). Something I want to work on in 2019, when dealing with my Chinese colleagues, is to show a commitment to transparency, mutual respect, and openness to learning about other perspectives.

Frustrating as things are right now, Berkshire Publishing’s commitment to educating the world about China remains firm because this matters so much to our common future.

Where does activism begin?

I’ve also been thinking about why we want to make a difference. Ambition, a desire for glory, is one reason. Activism often begins at home, with something personal. This is true of some prominent gun control advocates, and it’s true of many environmentalists, too. (My concern about my baby’s future led me to write Home Ecology back in 1989.)

Now I am writing Too Near the Flame: Valerie Eliot, Sophia Mumford, and the Price We Pay for Love, which invites the reader into the lives of two literary giants and the spirited women who loved them. I knew my main characters, Sophia Mumford and Valerie Eliot, when they were old and I was young, and saw them as very different types of literary widow, and completely different from the modern and self-actualized me. Then I happened to open a copy of Middlemarch, often called the greatest of English novels, written by a woman who called herself George Eliot. It opens with a prelude about St. Theresa:

Theresa’s passionate, ideal nature demanded an epic life: what were many-volumed romances of chivalry and the social conquests of a brilliant girl to her? Her flame quickly burned up that light fuel; and, fed from within, soared after some illimitable satisfaction, some object which would never justify weariness, which would reconcile self-despair with the rapturous consciousness of life beyond self.

An epic life, the rapturous consciousness of life beyond self. That was what the young Sophie, a beautiful girl from a poor Jewish family in Brooklyn, was seeking. Valerie, too, an awkward and lonely Yorkshire lass, was looking for an epic life when she began her search for a famous writer to devote herself to. She wanted to be part of something that matters, to serve a genius, to preserve a legacy.
Surely that same desire leads some of us to activism? As George Eliot wrote, Theresa “found her epos in the reform of a religious order.” Religion is certainly one source of meaning, and offers a sense of belonging to something larger than yourself. Political and social movements also appeal to the same need, for progressives as well as for conservatives.

My activism for the Train Campaign has been about finding a new way to bridge the gap between cities and villages, something Bill McNeill and I talked about often. I found evidence that this really is my cause when I read yesterday that, “The ideals [Lewis] Mumford prized in cities were community and sociability, order and stability—village values, he called them.” I sometimes drive past the rural house where Mumford and his wife Sophia (whose life I am now writing) lived on my way to the train station as I go from my village, Great Barrington, to New York.

Surely I had these two great 20th-century writers in the back of my mind when I started the Train Campaign. I had the idea that a beautiful rural region could attract new 21st-century commerce by being seamlessly connected to an important global hub. Here’s my NPR interview: Berkshire County Nonprofit Advocates For Greater Regional Rail Access. And an article in the Berkshire Edge: Bring back the trains to (and from) the Berkshires.

Bringing it all together

Climate change has come to be an important part of the Train Campaign’s work, and we have just filed legislation in Massachusetts under my name using the Commonwealth’s unique “right to petition,” calling on the Department of Transportation to undertake a study, in cooperation with CT and NY, of the economic and climate-change impact of bringing passenger rail back to this part of the world. You can read the legislation here, and can expect to hear about my testifying in Boston before long.

Facing today’s huge challenges, I remind myself that other generations faced huge challenges too. The years after World War I were at first a time of hope and then a time of fear. I was just reading Lewis Mumford’s account of “the possibility [in 1919] that the militant General Leonard Wood…might actually be aiming at a dictatorship” and his discussion about whether the world in which Eliot wrote “The Waste Land” was the beginning of a new Dark Age.

In response, Mumford and his colleagues wrote, organized, and proposed radical social transformation. We can do the same.