Home>Berkshire to follow Britannica & Cambridge UP in China
Previous Next

The Beijing International Book Fair starts tomorrow and I’m delighted to be able to announce that we have just made arrangements for a Shanghai-based publishing company to translate the entire six-volume Berkshire Encyclopedia of World History, for distribution in print throughout the People’s Republic of China. This is no small matter, and no small translation job. Only two major English-language reference works, according to our librarian advisors, have been translated into Chinese: the Encyclopedia Britannica (founded in 1768)and Science and Civilization in China, published by Cambridge University Press (founded by Henry VIII in 1534) and the life project of Joseph Needham. The next will come from Berkshire Publishing Group (founded in 2004). The Berkshire Encyclopedia of World History, 2nd edition, was edited by William H. McNeill, Jerry H. Bentley, David Christian, et al. The translation is being undertaken by SDX Joint Publishing (Shanghai) Co. Ltd. and will take three years.

Here is my letter from Beijing of last July, after the William H. McNeill Lecture we sponsored. Bill McNeill will celebrate his 95th birthday on 31 October and I’m being allowed to prepare the menu this year. I was planning on a French dish, but clearly I need to rethink this and come up with a suitable Chinese meal. Or perhaps we’ll hold the Chinese festivities for the grand launch party we’ll have three years from now, when the Chinese edition is published.

This morning, on the lucky date of 8 July [2011], I had the good fortune to introduce the World History Association Conference’s opening session, a lecture by LIU Xincheng, president of Capital Normal University. This was the first William H. McNeill Keynote Lecture in World History, sponsored by Berkshire Publishing Group. A PDF of the photo album I showed is available here: WHA 2011 McNeill slideshow. And here’s what I said:

My name is Karen Christensen and I am here to welcome you to a lecture sponsored by Berkshire Publishing Group and named for someone who will be familiar to everyone in this room, whether you come from Europe, North America, Australia, Africa, China, or anywhere else in the world. [title page – 1] 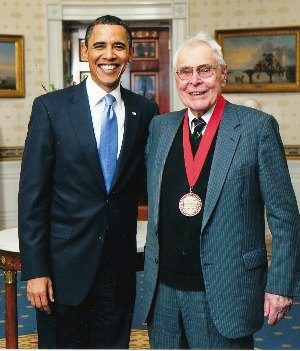 William Hardy McNeill is nearly 94 years old. He is in excellent health, but told me that he is too old to make the long trip to Beijing. I argued with him about this, but I lost. I really wish he could have been with us today. His books have been translated into many languages but they are particularly sought after these days in China. Professor McNeill is delighted by this, and our conversations frequently turn to China. I know that he would love to see it for himself. But here you have me, as his plenipotentiary (that’s how Bill would put it). I bring his warm greetings to all of you.

Bill McNeill is a legendary figure, known as the “grandfather of world history.” In this photo, you see him celebrating his 93rd birthday in October 2010. He was reading a poem he had written for the occasion. [WHM reading birthday poem – 2]

Professor McNeill has been a lifelong proponent of expanding our knowledge and appreciation of the whole wide world. Here he is with the manuscript of The Rise of the West. The subtitle of that book is A History of the Human Community. [By the way, there was apparently some discussion of reversing the order of the title and subtitle. Bill’s focus has always been on the whole world and our human connections.][WHM with manuscript – 3]

As you know, his writing has ranged widely over all aspects of the human experience, from disease to dance. [WHM books – 4]

In 1996 he was awarded the Erasmus Prize for his contributions to European culture and in 2010, at the age of 92, he received a National Humanities Award from President Barack Obama in a ceremony at the White House. There was a big snowstorm the day he traveled to Washington and I was worried about his travel – but only because of the snow, not because he was 92. The text on the medal was absolutely perfect. It said, “Expanding our understanding of the world.” [WHM with Barack Obama – 5]

I met Professor McNeill in 1996, about the time I founded Berkshire Publishing Group. He has been a personal inspiration and has been a major influence on my publishing program. In the first edition of Berkshire Encyclopedia of World History, he wrote that “Genuinely inclusive world history is such a helpful, even necessary, guide for survival in the crowded world in which we live.” You can see Bill here with the first and the second editions, just a few months ago. [WHM with Berkshire encyclopedias – 6]

I have the good fortune to live not far from the Connecticut home where Bill lives today and, I am able to eat dinner with him every Wednesday. I have brought a book in which you can write your greetings to him and I will take it back to the States with me and give it to him next week. [WHM with family – 7]

Berkshire Publishing Group is proud, and I am delighted, to sponsor the first William H. McNeill Keynote Lecture in World History, with university president LIU Xincheng as the speaker. Berkshire is known for its special focus on China, so this event offers a perfect example of synchronicity, as we discuss China and world and global history. Professor Jerry Bentley, a good friend and important advisor, will now introduce Professor Liu. Thank you very much! [WHM at desk in Colebrook – 8]

Berkshire Publishing Group is based in Great Barrington, Massachusetts, with affiliate offices in New York and Beijing. The company specializes in international relations, cross-cultural communication, global business and economic information, and environmental sustainability. Berkshire has long been known for its efforts to provide Chinese perspectives on China and for the great effort it takes to help Chinese scholars communicate effectively with Western readers.