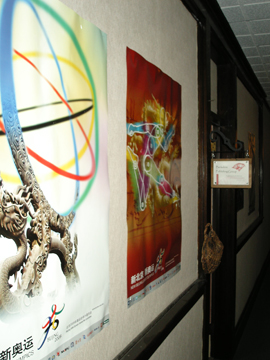 When I got back from my first trip to China in 2001, I found a stepladder and stapled a set of Beijing Olympics bid posters to the wall outside our office. A few months later, the International Olympic Committee announced that Beijing had won, and would be the host of the 2008 Games. I think of that period, when Berkshire Publishing was working on the Encyclopedia of Modern Asia, as the first lap in a lifelong adventure.

You’ll know from my letter last month that I am not a supporter of Donald Trump. Yes, a few people unsubscribed, and an esteemed colleague chastised me for assuming that everyone on the list would share my views. That was not my assumption, but I had decided that we were unlikely to sell books about sustainability or global perspectives to committed Trump supporters, and that I would take a stand for core principles such as freedom of the press and global cooperation.

Berkshire Publishing, however, is not narrowly partisan, and we have always been committed to explaining different perspectives. We’ve worked with a women’s sports organization in Iran, with fervent French feminists, and with fundamentalist Christian scholars when we were developing the Religion and Society series, published by Routledge and soon to be released under the Berkshire imprint.

I’ve been asked if Berkshire Publishing is pro-China or anti-China. My answer is that we are about China.

Our commitment is to provide facts and data-supported analysis. Our editorial guidelines explain that we seek to explain, not continue, ongoing debates. Berkshire is also known for its focus on contemporary themes such as the search for community, the consequences of globalization, religious freedom, and climate-change cooperation.

When I ran for local office last year as a Democrat, I was endorsed by the Republican Town Committee because I’m cautious about public spending and have been vocal about job creation. After Hillary Clinton lost the electoral college and conceded the election, a local newspaper asked for a comment, and I wrote, “I have special sympathy for Trump’s rural supporters. I am a Democrat and a supporter of Hillary Clinton’s, but I see how worried the voters in many rural areas are about their future. They feel left behind, and that no one in Washington understands or cares. This makes the work of the Train Campaign, which aims to bridge the rural-urban divide, all the more important.” 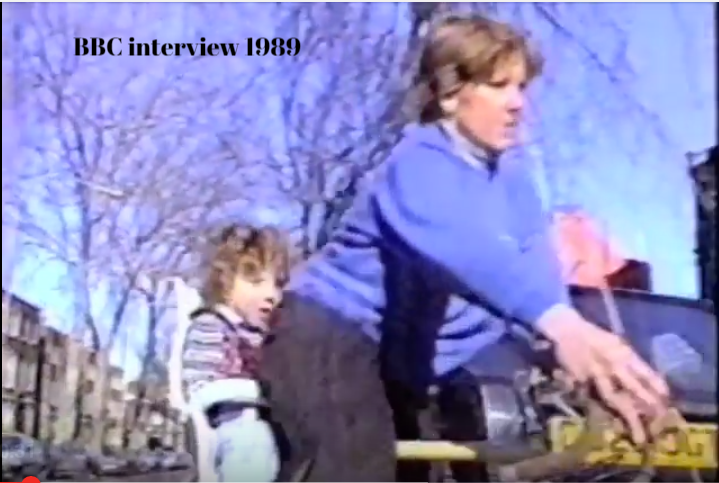 When my first environmental book was published in London in 1989, a popular slogan was “Think globally, act locally.” The Train Campaign is my way of acting locally, while our publishing work is all about thinking globally. It was awareness about climate change, the ozone layer, and the oceans that led to my interest in China, and Berkshire’s publishing programs on China and sustainability are linked in many ways.

In fact, when people ask, “How did you get interested in China?” my explanation is always that it started with my environmental books. The Green Home (1995) and Eco Living (2000) were translated into Chinese, about the time Berkshire Publishing was founded. On a summer afternoon in 1998, an editor in New York asked if I had any ideas for new reference projects.

Without thinking, I blurted, “How about Asia?”

I didn’t know where the question had come from. It wasn’t something I had ever given conscious thought to, in terms of publishing. But the words tumbled out, and it’s now easy to see what inspired me. I knew that Asia, and especially China, would shape my children’s future, and I wanted it to be part of their world. And I was certain that I needed to learn more about it myself.

What I didn’t know is that that question would change my life.

Three days after we sent a proposal for an Encyclopedia of Asia to Charles Scribners Sons, we had an agreement. That six-volume work, on which I am listed as one of the editors, was published four years later. This is why I had been able, in April 2001, to take my children, then 12 and 15, to China for the first time (click here to read that story).

In spite of arriving in China during a tense moment in US-China relations – the week that China was holding an American spy plane and its crew – that first visit led to many more. My son began studying Chinese and has worked in Beijing since college; his colleagues in the finance department of United Family Healthcare are all Chinese, and China is very much part of his world.

On that trip in 2001, I asked a lot of questions about environmental issues. The CEO of a tech company told me that environmentalism was a lu

xury for prosperous people and nations. But a meeting at the gated compound of the government newspaper the People’s Daily was more encouraging. I showed the editor my own environmental books, one translated into Taiwan’s traditional Chinese characters and the other published in simplified Chinese. He showed me a “green living” column in the People’s Daily and said environmental issues were very much on their agenda.

Berkshire has made environmental sustainability central to its publishing mission, with extensive coverage in the Berkshire Encyclopedia of China(2009), the 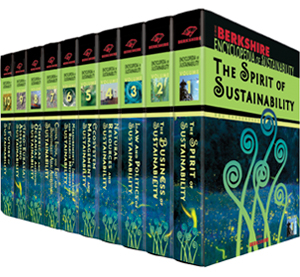 Berkshire Encyclopedia of Sustainability (2012), and also in China Gold, a popular illustrated book about sports in China and the 2008 Olympics. “Knowledge for our common future” is Berkshire’s tagline, and our publishing about China is more important than ever before.The Paris climate accord is one sign of China’s commitment to global cooperation, and it seems that China may now be in a position where it will have to become the global leader (you can read about this in a recent Yale e360 article). We are particularly pleased that the Encyclopedia of Sustainability is available in Chinese from Shanghai Jiao Tong University Press.

I confess, however, that my heart often sinks when I read the air-quality reports from China. This week, the figures from @BeijingAir are in the hazardous range, and Tom’s description of going out to dinner with friends an

d all putting on their masks (which look like gas masks) before leaving is vivid before me. “We’re living in Bladerunner,” he says, going on to detail the filtration systems in his apartment and at work.

Some of the things happening in the United States right now could also come straight out of a dystopian novel. But while the arc of the moral universe may bend more slowly than we would like towards justice and sustainability, our shared desire to leave to our children and grandchildren a green and pleasant future inspires everything we do. The team at Berkshire Publishing look forward to continuing to work with you, our colleagues and friends across the planet.

Seeing the World (2006): “We have to go to Central Asia,” I said in December 2000.  My then-husband’s response was to buy me a book called The Most Dangerous Places in the World…. Read  more

A Mother’s China Instinct (press release, June 2009): The world’s least likely China expert may be a New England publisher, Karen Christensen, whose interest in preparing her two children for the 21st century led her to start a project that the real China experts thought impossible: a 5-volume, 2,800-page Encyclopedia of China…. Read more