Home>Berkshire Notes: The Worst Kind of American Exceptionalism
Previous Next Greetings to all Berkshire authors and friends [this message was sent by email to contributors around the world, but we’re posting it here, too, so we can add comments and notes – and we welcome comments],

It gave me heart to read that pro-gun politicians weren’t answering their phones last weekend and that not one of the more than thirty of them who were asked to appear on the Sunday morning politics program Meet the Press agreed to do so. After the death of 26 small children and their teachers in an early morning rampage with guns from a suburban mother’s arsenal, the rational are having their day in the sun. According to the New York Times, “some pro-gun Democrats have signaled an openness to new restrictions on guns, and the National Rifle Association released a statement that said it was “‘prepared to offer meaningful contributions to help make sure this never happens again.'”

“American exceptionalism” is a term used to describe admirable qualities and unique characteristics of the United States of America, but the United States has also become a place of exceptional violence. The spotlight is on the United States, and on our leaders in Washington DC. To understand what’s going on in Washington, I turn to Chris Nelson, a veteran journalist whose daily newsbrief and commentaries are the source for Washington insiders (and outsiders like me who need to follow insider talk on China). Chris has kindly agreed to let me share his remarks in The Nelson Report of 14 December with you. He wrote:

SUMMARY: you don’t pay us to report on things like the latest mass murder, today of school children in Connecticut . . . much less to pontificate . . . so we’ll just note the rueful comment Tuesday, in another context, by former National Security Advisor Jim Jones to the Atlantic Council that the definition of a failed state is one where the people and its leaders refuse to do what they know must be done.

In the case of the 200-million plus handguns floating around in the USA, and enough ammo to re-fight WW2, our collective failure is long-standing, historic, and impossible to mitigate.

But mitigate it we must. And anyone who works, as we do, in education, has to wonder how we can help educators and citizen leaders to explain what’s happened and find ways to cooperate on change. Berkshire Publishing is known for its work on global perspectives: for helping our fellow citizens to understand how the world sees them, and how our fellow citizens see the world. I want to share a few articles that are useful in thinking about the situation we face today:

Here at Berkshire Publishing, we’ve just begun work on a new edition of our Global Perspectives on the United States (2007), and we’ve realized that gun ownership is not a topic we included. (In any book there are always omissions that seem obvious in hindsight.) We’ll be looking for a scholar who can explain current perspectives and provide the historical background that is generally missing from international news stories. And this is something our global neighbors need to know more about: the Second Amendment to our constitution, the “right to bear arms,” is part of our nation’s history and national consciousness. Americans have deep reservations about government that go all the way back to the 18th century, and the “right to bear arms” is a vestige of that. The early American colonists were kept in line, and unarmed, by British soldiers, and when they successfully won independence it was very important to them to keep the military, and the government, from taking too much power. Allowing citizens to “bear arms” was a way to ensure that the government could not impose martial law and the professional army could not easily seize power. New gun laws need to keep this history in mind, while dealing with the realities of the 21st century.

We’ve also been talking about how many of the topics we cover in Berkshire encyclopedias are relevant to human violence (and peace making). Just to pick a few examples:

Sports: While some sports are violent, or have violent fans, sports and martial arts offer an outlet for aggressiveness and a way to channel it into something positive. The modern Olympics were conceived in part as a way to reduce real-life violence between nations.

Leadership: Leadership manifested itself in Newtown in many ways and we hope that our nation’s leaders will be able to make something good come of this tragedy. The United States needs leaders who are willing to stand up to the powerful gun lobby (even when the non-assault-weapon-owning public hasn’t necessarily expressed themselves or organized themselves well), and even small towns need leaders who can bring citizens together – from left and right – to change our laws.

Sustainability: Berkshire staffer Bill Siever just wrote a blog post pointing out that environmentalists often exclude hunters and hunting-rights groups from their education efforts, writing them off as gun-wielding maniacs who don’t care for the environment. In fact, hunters groups like Ducks Unlimited do extremely important work to protect wetlands, and most hunters will tell you that (a) they, too, want nature protected and (b) nobody needs an assault rifle to hunt.

Then there’s Community, my pet topic. First, communities are where those who are mentally ill get help, and communities are crucial to the recovery of those who have been most affected in a tragedy. Communities hurt together, and heal together. Looking at the subject in broader context, we need to look at how violence like the Newtown shooting changes the quality of public life for all of us. I was on a bus the other day, for instance, and found myself thinking about the possibility of a fellow passenger carrying weapons, and grudges, and perhaps not enough medication. This is not a path I want to go down. I don’t want to carry weapons to defend myself on the street corner or in the grocery store, and teachers and principals shouldn’t be going to target practice. We need to come together, not to be armed against one another.

As Chris Nelson wrote to me, “I totally agree [that] we now have a chance for a national grass-roots citizens’ led movement to give the politicians the backing they need to find their backbones. In fairness to Obama, he can’t jeopardize his every other agenda item to use up all his juice on this . . . and you can’t blame a Member if he/she legitimately fears NRA retaliation and gets no help from decent people in the district.” Maybe we need citizens to take to the street in every small town, so stay tuned for word from Great Barrington, Massachusetts, home of Berkshire Publishing Group (and, incidentally, the scene of a mass shooting at Simon’s Rock College in 1992, just after I moved here from England). In the meantime, our warmest wishes to all of you, our far-flung authors and friends. We have different beliefs and perspectives, but we share a fervent desire to make this world a better place. 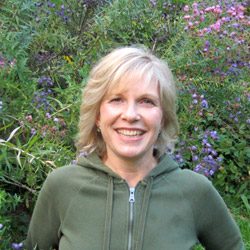