Au revoir to a global point of reference

Home>Berkshire Blog, Karen's Letter>Au revoir to a global point of reference
Previous Next

Au revoir to a global point of reference 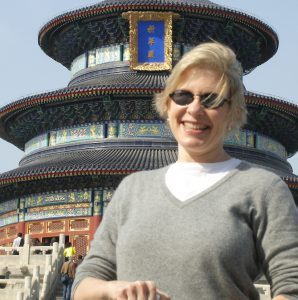 Berkshire Publishing’s tagline is about to change, but before we make the switch I’d like to explain why we have been, for ten years, “A global point of reference.”

This was partly a play on two meanings of the word reference. In early days, we were known for our encyclopedias – reference books that lived in the reference section of libraries. And a “point of reference” means a benchmark or landmark or guiding beacon, which we aimed to be. In fact, our Spanish tagline was explicit: Un faro [lighthouse] mundial en la información.

But what about the reality, given that Berkshire Publishing was located in Great Barrington, Massachusetts, a small town known for mountain scenery, picturesque farms, and a few excellent restaurants? How global could such a company really be?

Yesterday morning I got to my desk very early. I responded to an email from Mar Kaiser, our Germany-based editor, who said she’d just heard from Kara Lozier, a staffer currently working from Uzbekistan. I sent a WeChat to my son Tom, who recently left Berkshire Publishing to take a job with a Beijing hospital management company. Only then did I make my first pot of tea, with fresh milk from North Plain Farm in a jug reading “FRESH MILK & JERSEY CREAM.”  (This, too, has an international story. My obsession with making tea properly comes from years in London, and vastly amused my office mates at Blackwells.)

As I sipped, there were new emails from our production team in India, and a message from Kerry Brown, editor in chief of the Berkshire Dictionary of Chinese Biography, based in Sydney, Australia.

Later in the day, the postman brought a box from California containing copies of This Fleeting World, our bestselling book, in Farsi, the language of Iran.

I heard from SDX Joint Publishing in Shanghai, that their translation of the entire six-volume Berkshire Encyclopedia of World History is nearly complete. This means that the work of a team of international scholars, providing fresh, accessible articles on the whole of human history as well as introductions to “big history,” will be available in the world’s most populous country’s own language.

In the afternoon, I visited Bill (W. H.) McNeill, editor in chief of the Berkshire Encyclopedia of World History. Bill is 97 and had had the ‘flu that’s been going around, so he’d been kept in isolation for almost a week. He was clearly on the mend, though, and glad to get some news from the outside world. I told him that my son Tom is getting Chinese lessons as part of his new job in Beijing, and had to explain that this was only to enhance Tom’s already remarkable mastery of the language. We talked about the Chinese edition, which he’s longing to see, and he observed, “That is good news for both of us.”

And good news for the thousands – or perhaps millions – of students who will benefit from the thoughtful and inspiring writing of Bill McNeill, David Christian, and a host of other prominent historians who share our desire to tell the human story, and our conviction that the things that unite us are greater than the things that divide us.

Warm greetings on the first day of spring! (In the northern hemisphere, that is. It’s the first day of autumn for many of our colleagues. And in the Northeast of the United States we’re expecting snow.)

PS: You may be wondering what will replace “A global point of reference.” We have the new English tagline, “Knowledge for our common future,” but won’t be switching over entirely until we have the Chinese finalized.