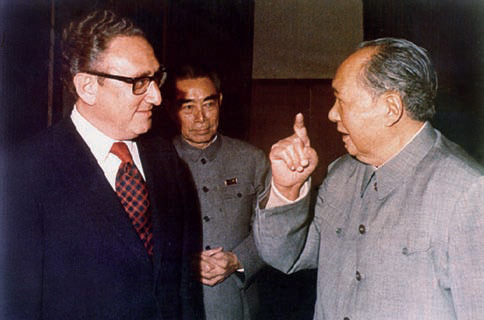 h anniversary of the signing, in China, of the “Shanghai Communiqué,” the first of three agreements that established the”one-China” policy and provided a foundation for US-China relations that continues to this day. The Shanghai Communiqué is a remarkable document that I think of often as I work with Chinese publishing colleagues.

Everyone seems to know about China’s “one-child” policy, but until US president Donald Trump took a call from Taiwan’s President Tsai in early December 2016, the one-China hadn’t got much general attention in quite a while. Suddenly, it was front and center. In fact, Chinese president Xi Jinping refused to talk to Trump until he had reaffirmed US commitment to the one-China policy. 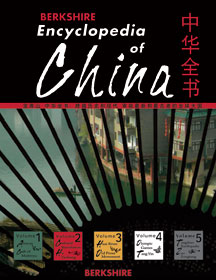 This policy is something that any China-literate person should know about, so we’d like to share two articles from the Berkshire Encyclopedia of China (print edition 2009; digital edition available from Oxford Reference Online; new edition underway): Shanghai Communiqué and US-China Relations (click the links to download the PDFs).

The unlikely champion of opening ties with the PRC was President Richard M. Nixon, once a hard-line anti-Communist associate of Senator Joseph McCarthy. Nixon’s historic journey to Beijing in 1972 opened a dialogue when both sides saw advantages to ending the decades-long feud. . . . The first break came in 1971 with the start of “people’s diplomacy” after the Chinese invited the U.S. table tennis team to Beijing. U.S. national security advisor Henry Kissinger followed up with a secret trip to China, arranging Nixon’s future visit and announcing that the United States would no longer block Beijing’s entrance into the U.N. In February 1972 Nixon and Zhou Enlai issued a joint statement, the Shanghai Communiqué, outlining the provisions for establishing diplomatic and commercial ties. Because no agreement could be reached on the future of Taiwan, separate statements summarized each government’s position.

The diplomacy of the Shanghai Communiqué has been on my mind because we recently announced an agreement with Encyclopedia of China Publishing House (ECPH) to produce an international version of ECPH’s monumental Encyclopedia of China, to be developed in parallel with the second edition of our own Berkshire Encyclopedia of China. The two works will be available separately or as a package, with articles on the same topics mapped from one work to the other.

As you can imagine, there are topics that the two works will address in very different ways. We see the parallel publication as very much like the approach of the US and Chinese governments in producing the Shanghai Communiqué: each perspective will be set out clearly, providing readers with a chance to consider both.

This is not so different from what we have always asked authors to do when writing about controversial issues. The Berkshire Manual of Style says, “Avoid bias, and be sure to cover the mainstream thoughts on the subject as well as the most recent scholarly debates. If you are writing on national parks, for instance, be sure to address both criticism and support of national parks. If you work for an organization that promotes (or is critical of) the topic of your article, make this clear and be sure to address other perspectives.”

Again, simply click these links to download free PDFs of the Berkshire Encyclopedia of China articles on the Shanghai Communiqué and US-China Relations.

ECPH and Berkshire will announce an international editorial center based in New York and Beijing at the London Book Fair on 15 March 2017, with speakers including Kerry Brown, director of the King’s College Lau China Institute, and Richard Charkin, past-president of the International Publishers Association.