Berkshire Publishing Group is based in Great Barrington, Massachusetts, a small town in the Berkshire Hills of western New England. Great Barrington is 140 miles (225 kilometers) north of New York City, and about the same distance west of Boston. The area is usually called “The Berkshires.” It has been a summer retreat since the nineteenth century, when novelist Edith Wharton and many rich Bostonians had summer homes here. (Wharton’s novel Ethan Frome is set in a Berkshire hill town.) Today, the area is known for its pristine rural vistas, outdoor sports, and a wealth of cultural and historic sites and activities–among them Tanglewood (the summer home of the Boston Symphony), Jacob’s Pillow Dance Festival, Hancock Shaker Village, the Norman Rockwell Museum, Shakespeare & Company, Berkshire Opera, Barrington Stage Company, and many more. 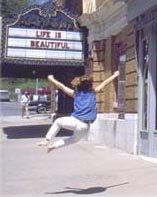 The photo at the right was taken on Castle Street, outside the old Mahaiwe Theater (the sign for which reads, “Life is Beautiful”). The second photo, below right, was taken on an early autumn morning at the Hancock Shaker Village.

Great Barrington’s most famous citizen was W. E. B. Du Bois, the Black intellectual and activist, who was born here. Sad to say, the town did not acknowledge him with a plaque or memorial until 1996. Today we celebrate his achievements with the mural on the left. Great Barrington’s other modest claims to renown are the fact that it was the first town to have  alternating-current electric lighting, thanks to local inventor William Stanley (whose son managed to electrocute himself while doing scientific experiments in the basement of what is now a local inn). 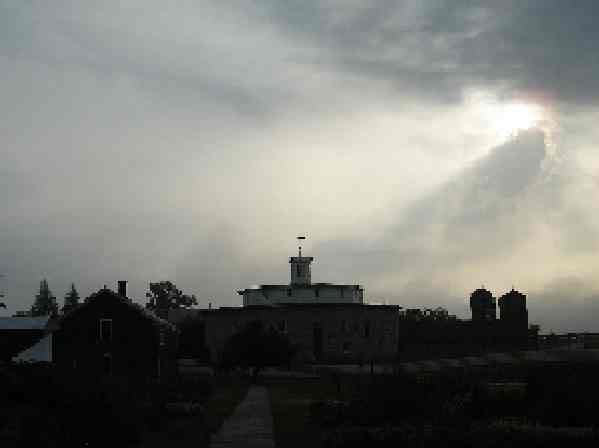 The film Pretty Poison, starring Anthony Perkins (1968), and a number of contemporary films–including Before and After with Meryl Streep and Liam Neeson (1996) and Cider House Rules (2000)–were filmed here. Great Barrington is a very small town, with a population of only 7,700. It’s a bustling, thriving place, known as the hot spot of Berkshire county, abuzz throughout the year and offering an astonishing variety of restaurants for a small New England town. It is the center of the southern Berkshires and the market town for a tri-state area which includes northwestern Connecticut and Columbia County, New York. Berkshire County is the westernmost county in the state of Massachusetts, and stretches from the Connecticut border in the south to the Vermont border in the north, a distance of about 50 miles.

The delights of country life are evident in the fact that within a quarter of a mile of Main Street, just up the road from Berkshire Publishing’s offices, is the town beach on peaceful Lake Mansfield. The downtown is surrounded by wooded hills, and within a few miles you can find sheep ambling on rocky slopes and placid water meadows where herds of cows graze in the afternoon sun. For more information about the Berkshires: Great Barrington & Southern Berkshires Berkshire Web Berkshire Visitors Bureau The Berkshires Rural Intelligence [online newsletter]