Berkshire provides many different windows on China, from history, geography, arts and culture to food, sports and biography. As Kerry Brown 凯瑞布朗, editor in chief of the Berkshire Dictionary of Chinese Biography, puts it, “When [Chinese] history has a face, particularly the face of an individual with all their quirks, then it becomes more manageable.”

Led by CEO Karen Christensen, an award-winning environmental author, Berkshire Publishing Group is known for creating acclaimed academic resources on China past and present. Karen is a research associate at the Fairbank Center for Chinese Studies at Harvard, focusing on community and women’s issues.

A landmark work is being published in Chinese more than a decade after the translation agreement was signed. The Berkshire Encyclopedia of World History, edited by William H. McNeill (1917-2016) et al., will be one of the largest publications ever to be translated from English into Chinese, putting Berkshire in company with Encyclopedia Britannica and Cambridge University Press. “A masterful title that weaves together the social, scientific, anthropological, and geographical influences on world history, this set will be the benchmark against which future history encyclopedias are compared.” Booklist Starred Review and Editors’ Choice. Read about the Chinese edition at “Berkshire Goes to China (Again).” 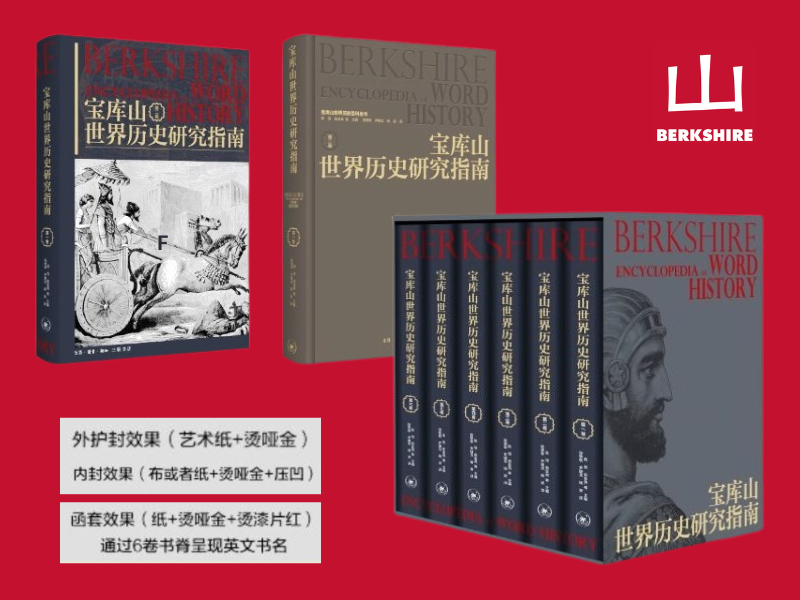 “Take a publisher with a decade of experience in China, add a group of well-known Chinese and Western scholars, sprinkle in dozens of traditional Chinese proverbs, and the end result is this sumptuous resource on all things China for the 21st century.” — 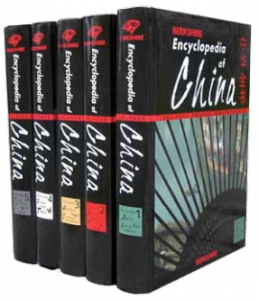 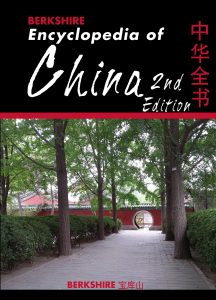 With its coverage of environmental issues, global economics, online communications, and the latest political developments, the five-volume Berkshire Encyclopedia of China is truly a 21st-century work. While these volumes include many articles about China’s earliest history – going back more than 5,000 years – the Encyclopedia of China is focused on the events, concepts, and people that matter today. The authors of its 800 accessibly written and lavishly illustrated articles, which range from 600 to 6,000 words, are scholars at major Chinese and Western universities and research institutes. Article titles appear in English and in Chinese with pinyin transliterations and tones to help those studying the language, while primary text sidebars add historical perspective. The Berkshire Encyclopedia of China provides unrivaled insight into China’s past, present, and future.

Get Yours Now
RECOMMEND TO YOUR LIBRARIAN

The Official Chinese Encyclopedia of China

Forthcoming online. This reference work is familiar to Chinese students, presented in clear, colloquial English. Berkshire assembled a team of US copyeditors who read Chinese and asked them to provide an accurate rendition of the original text. Berkshire did not try to eliminate the subjective voice or “official” understanding of Chinese history evident in many of the articles. This means that a non-specialist, who doesn’t know Chinese, can see something of what PRC students are taught and adults believe to be historical or scientific fact. Coverage is broad, including arts and culture, history and dynasties, government and leadership (biographies), geography and natural environment, society and social welfare, science and technology, (traditional Chinese) medicine, language and education, and business and economy. The topics were chosen by the Encyclopedia of China Publishing House in Beijing. Political articles include:  Dalai Lama, Diaoyu Islands, Mao Zedong, Qing Government Unifying Taiwan, Republic of China, and Taiwan Province.

In 2009, Berkshire published the Encyclopedia of China—the first major work of its kind to be published in English. At that point, the world was facing unprecedented challenges because of the global economic crisis. Not since World War II had diplomatic relations between nations been so crucial to our common future.

That year was also the thirtieth anniversary the “normalization” of diplomatic relations between the US and China. The trajectory seemed positive. China was on a path to becoming not only a global power but a responsible stakeholder.Today, however, the situation has changed. China continues to be a major global power, but it is not taking a leadership role even on issues as important as climate change. President Xi did not attend COP26 in November 2021 and in fact has not left China since January 2020. Tensions between China and other nations have grown, and global opinion of China has sharply deteriorated over human rights and other issues: “China’s international image remains broadly negative as views of the U.S. rebound.”

As a company where cross-cultural communication is an essential part of our work, we were glad when Chinese President Xi Jinping said on a trip to the United States, “It’s always important to make an effort to get a deeper understanding of the cultures and civilizations that are different from our own.”

We hope to see action taken on another statement made by President Xi in June 2021. He said that the task is “to explain and promote more fine culture with Chinese characteristics, Chinese spirit and Chinese wisdom to the world. We should keep the tone right, be open, confident and modest, and strive to create a credible, lovable and respectable China.”Berkshire Publishing Group 宝库山 has long been a leader in US-China publishing cooperation, working with CITIC Press 中信出版集团, Shanghai Jiao Tong University Press 上海交?通大学出版社, Shanghai San Lian Publishing House, and the Guangdong People’s Publishing House. Berkshire’s authors hail from Peking University 北京大学, Tsinghua University 清华大学, and the Chinese Academy of Sciences (CAS; Chinese: 中国科学院), as well as universities throughout China. 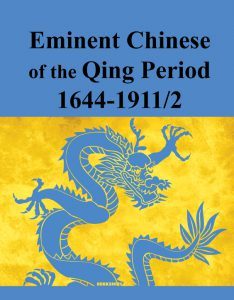 All these works are available digital through Oxford University Press (click here to visit Oxford Reference). The press also publishes shorter books, readers, and reference volumes such as Education in China and The Internet in China. Berkshire titles are sold in print around the world, and many of them, including the Berkshire Encyclopedia of China, are available online through Oxford University Press.

Read CEO Karen Christensen’s “Pro-China or Anti-China? A Publisher’s Dilemma.” Or read how dozens of experts answer the question, “What’s the most important thing to know about China?” at this page (click here). These responses come from all over the world. Many are from Berkshire authors. We have arranged them by author name, and you can click a name to read that person’s comment.

“All students of China and indeed of East Asia and world history will be greatly aided in their studies by this comprehensive reference work. The Berkshire Dictionary of Chinese Biography is a true milestone in collaborative historical research.” 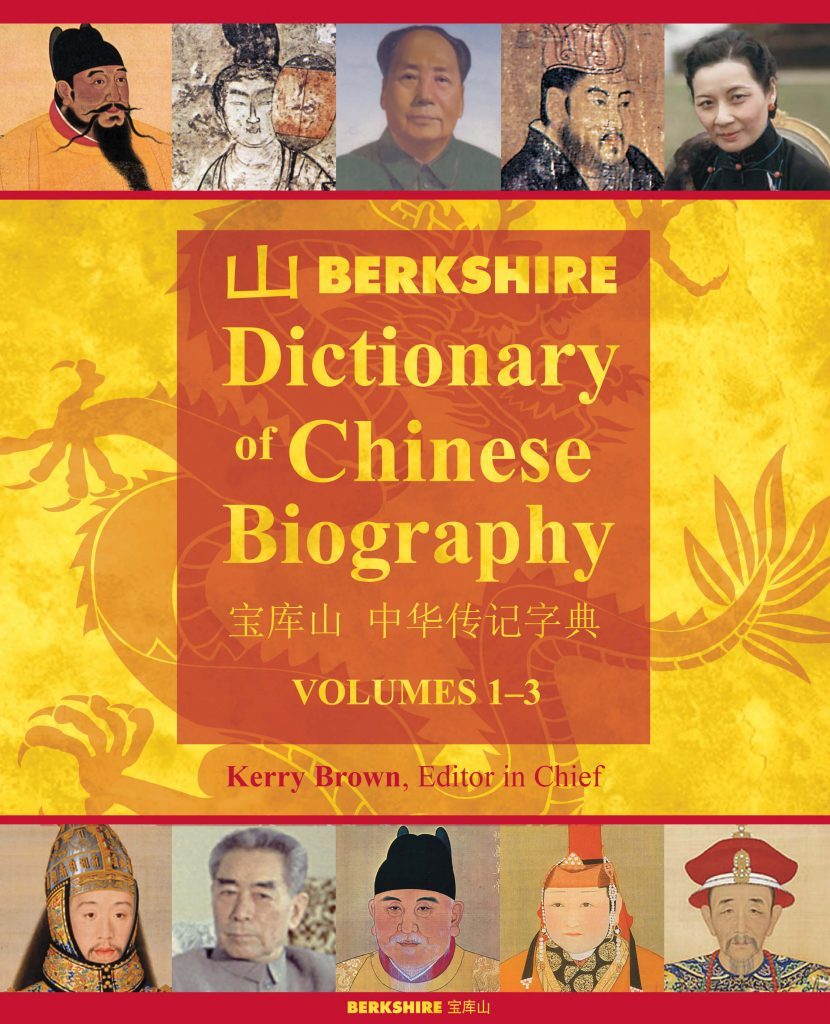 Chinese history can be overwhelming, and no one claims to understand in detail more than specific periods of this great sweep of political, social, and economic development. But the world’s leading China scholars can, together, tell us the whole story. The Dictionary of Chinese Biography will make this immense history manageable—easier to comprehend and digest—by taking the reader through it in the life stories of key figures who have shaped, influenced, and transformed China.

How Berkshire Went to China

Karen Christensen, Berkshire’s founder and CEO, has had a connection with China since her first book was translated into Chinese in 1997. She made her first trip to China in 2001, taking her children, then 12 and 15, along. They went to Beijing and Xi’an and all the way across China to the desert caves of Dunhuang and the remote city of Ürümqi in Xinjiang Province.

Karen writes, “I fell in love with China: the conviviality and humor of the people I met, the sense of possibility, the energy and enthusiasm, and of course the wonderful food. It was all new, and all irresistible. As an environmental author, with two books translated into Chinese, I was even then acutely aware of the influence China would have on my own and my children’s future, and I wanted China to be part of their world. That trip set me on a new path as a publisher committed to building bridges between the US and China. I was convinced that every American needed to know more about China’s history, culture, and language, its jokes and popular culture, and its politics and economic system in order to be ready for the 21st century.”

Before the pandemic, she traveled to China regularly to give speeches, host events, and sign deals with Chinese companies. In 2013 she was invited by the Taiwanese government to speak on digital publishing and intellectual property rights. 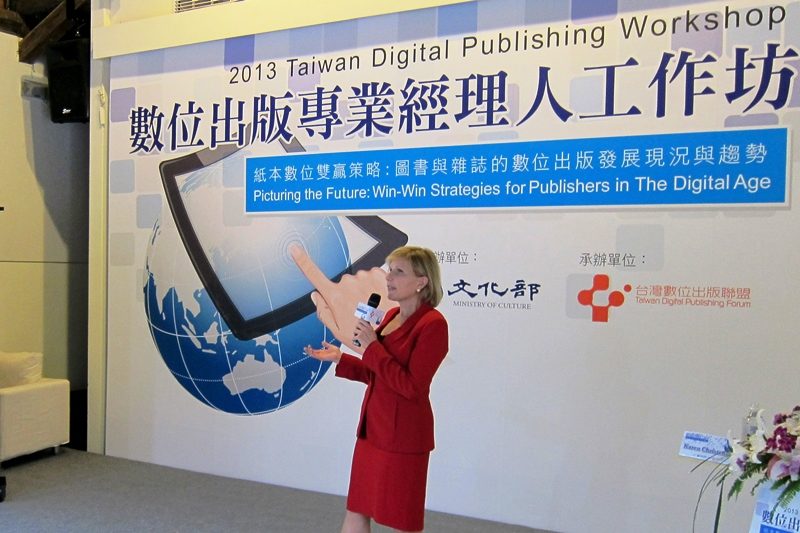 In those early years, she was often asked how a Western press could possibly tell the world about China. One of her colleagues passed on the remark of a Chinese scholar who said that he hadn’t thought such a project was possible, “But somebody has the nerve to try. Best wishes to them.”

Tom Christensen, Karen’s son, studied Chinese at college. After graduation, he represented Berkshire from 2009 to 2013 before joining the finance department at United Family Healthcare in Beijing. In addition to setting up and managing East Asia distribution and sales networks, he became an expert advisor for the Hanban Confucius Institute Digital Library. He speaks Mandarin fluently and continues as a director of Berkshire Publishing Group.

It was Tom Christensen who enabled us to explain our work to Chinese colleagues, using a Chinese proverb about the importance of maintaining distance to gain perspective and objectivity:

One cannot see the complete or true nature of Mount Lu when one is
standing on the mountain.

Read the story of  How Berkshire Publishing Went to China  and watch the video below. Click here to find out how Berkshire got its Chinese name, Bao Ku Shan (宝库山),which means “treasure mountain library,” now trademarked in China. 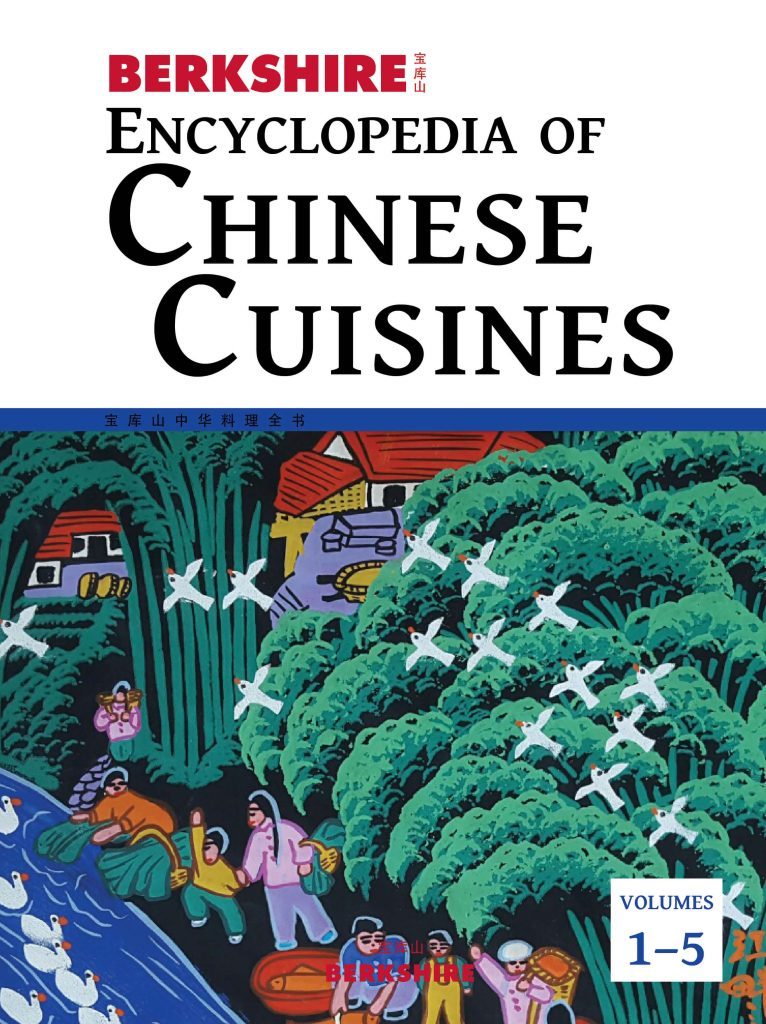 The Berkshire Encyclopedia of Chinese Cuisines will be the first comprehensive resource on the world’s most varied culinary terrain – bringing together the rich traditions and global influence of the cuisines of China in a work of scholarship that is also of practical value. The five-volume encyclopedia will be a treasure trove of food lore, food history, culinary concepts and techniques, dishes with their variations, and biographies of famous chefs, gourmets, and writers. Read some of the Advance Articles from the Berkshire Encyclopedia of Chinese Cuisines. 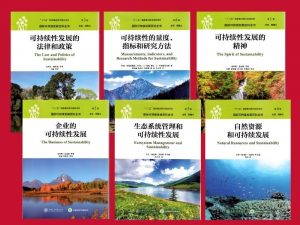 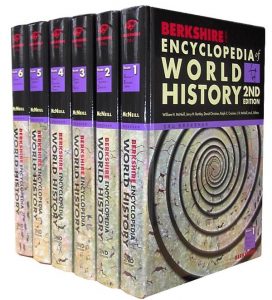 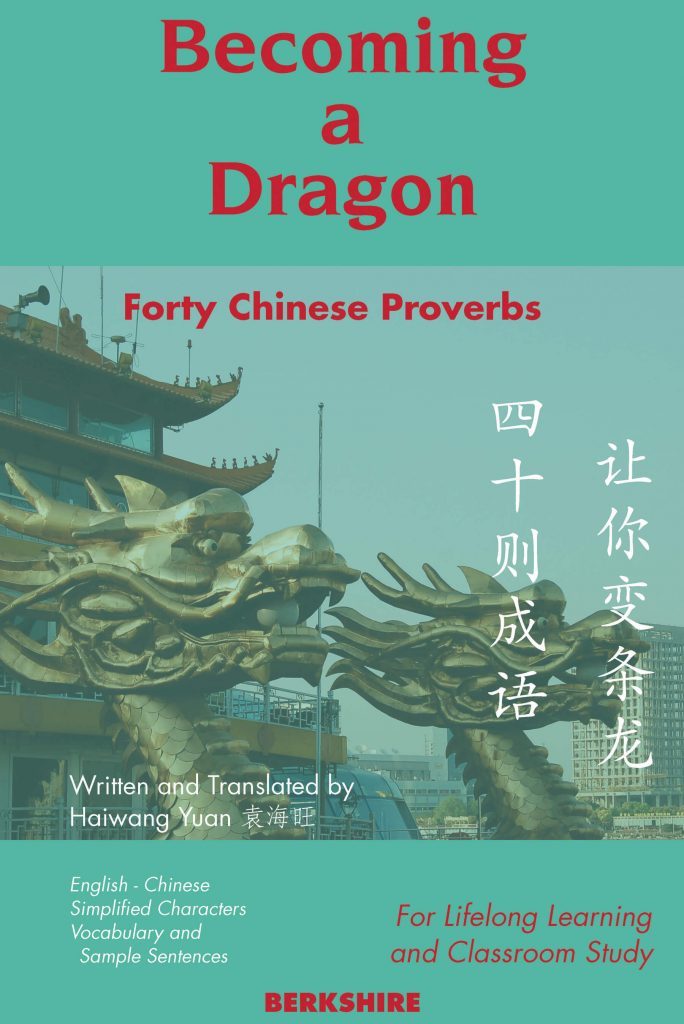 Becoming a Dragon: Forty Chinese Proverbs, is a bilingual (English-Chinese) collection of proverbs, popular phrases, and two-part allegorical sayings, designed for self-study and classroom teaching. Each proverb comes with the story behind the proverb and its source in both English and Chinese, a literal translation, the figurative meaning, an English equivalent, a vocabulary list, and examples of how the proverb is used in modern written and spoken Chinese.