On Giving Up Publishing

On Giving Up Publishing 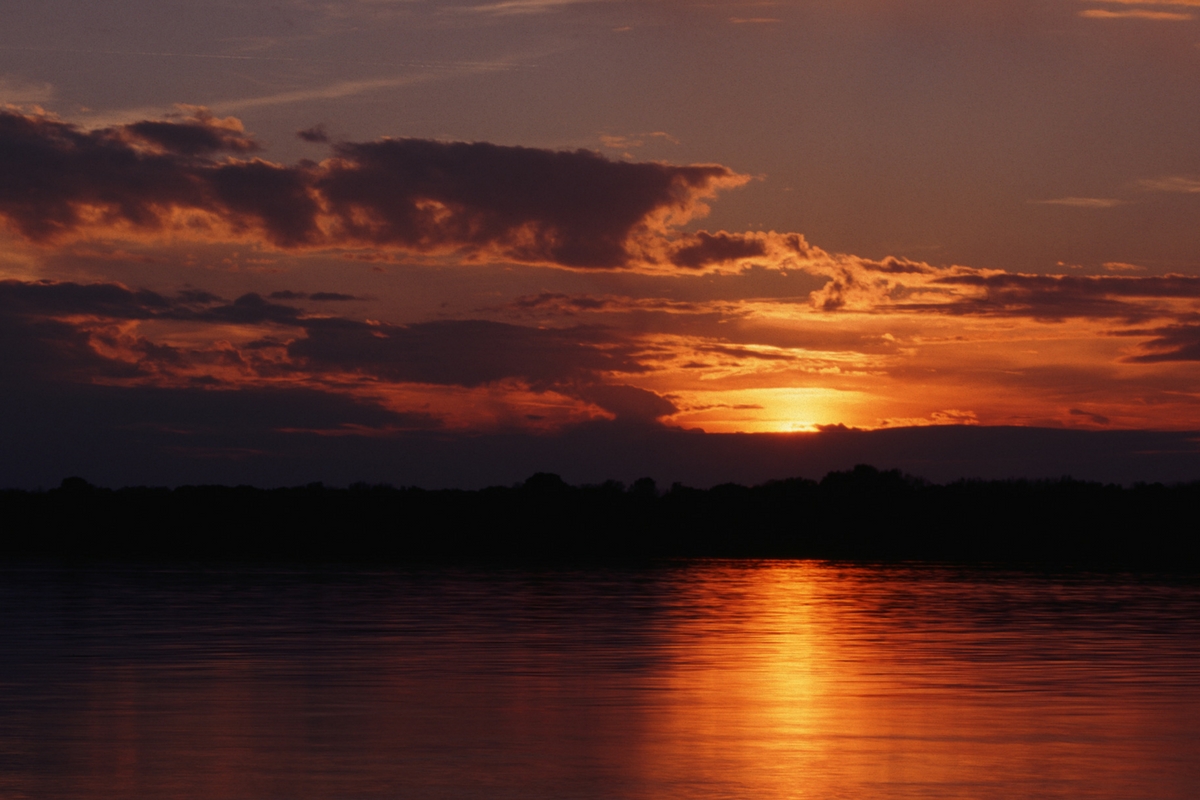 On Friday evenings, we eat at home in New York, lamps low as the sun sets over the Hudson. We catch up on what’s happened during the week: the news from Beijing and our far-flung children, the meetings we’ve had, new projects started, funny stories from work. It’s a simple meal, usually fish and salad, a time of peace and companionship and love.

On one of those evenings, a Friday in September exactly two years ago, I started crying on the second bite of salad.

It was a single teardrop at first, hovering at the corner of my eye. I tried to ignore it. I don’t cry, for heaven’s sake. And I didn’t want to ruin the calm of the evening; that had been business, and was behind me now, I told myself.

But the tears kept welling up, until I had to rub my eyes to keep them from rolling down my cheeks. I kept my head down, and pushed the fork around my plate. He didn’t say a word, and kept eating, but slowly now, waiting.

The tears fell. “It’s all uphill,” I sputtered, dabbing my eyes, “all the time.” Then I began to choke out the story.

I had gone that afternoon to an office off Union Square to meet an agent who had, supposedly, been representing Berkshire Publishing at international book fairs for the past six months. She wanted to introduce me to the firm she had joined, which would, she said, now be our agents.

“We see potential in some of these new titles,” she said, pointing at a print-out of a list I’d emailed that afternoon. She had no reports of her own to give me, no paper, no pen. Her new boss gave me a history of his company and waved his arm at the walls, at the posters of book jackets and bestseller lists with their titles circled in yellow.

The agent said nothing about the titles she was supposed to have been selling, and I remembered the packages of books rushed to foreign hotels so she could pitch them, the information packets we’d put together, the telephone calls and the emails. She’d had me convinced that she would rev up a whole new aspect of my business.

When I expressed frustration about editors who can’t figure out how to download a proof copy, the boss raised his hands helplessly, “It’s how people are.” When I said I wanted secure systems, he smiled condescendingly.

When I pointed out that she hadn’t made any deals in six months, while I’d made four foreign rights sales myself, their eyes met. “That’s okay,” she said, “if you want to handle the negotiations. You have those contacts in Asia after all. But the contracts and money will have to come through us.”

I looked at them. Of course. They knew how to handle the money. I would do the work and they would collect it. They were important. They had bestsellers on the walls, and new offices just off Union Square. I was lucky to be there.

But the fact is that she had spun me along for months. Their ignorance of digital systems took my breath away. Their Manhattan arrogance was jaw-dropping. I said that I didn’t see what was in this for me, and their eyes met again.

They showed me to the elevator, cool and quick, as though I smelled a little, as if I was an embarrassing wannabe who’d pushed her way into the literary sanctum.

It was absurd. I should be laughing, and telling the story to make Steve laugh, too.

But that night, it made me cry. I couldn’t take it any more. 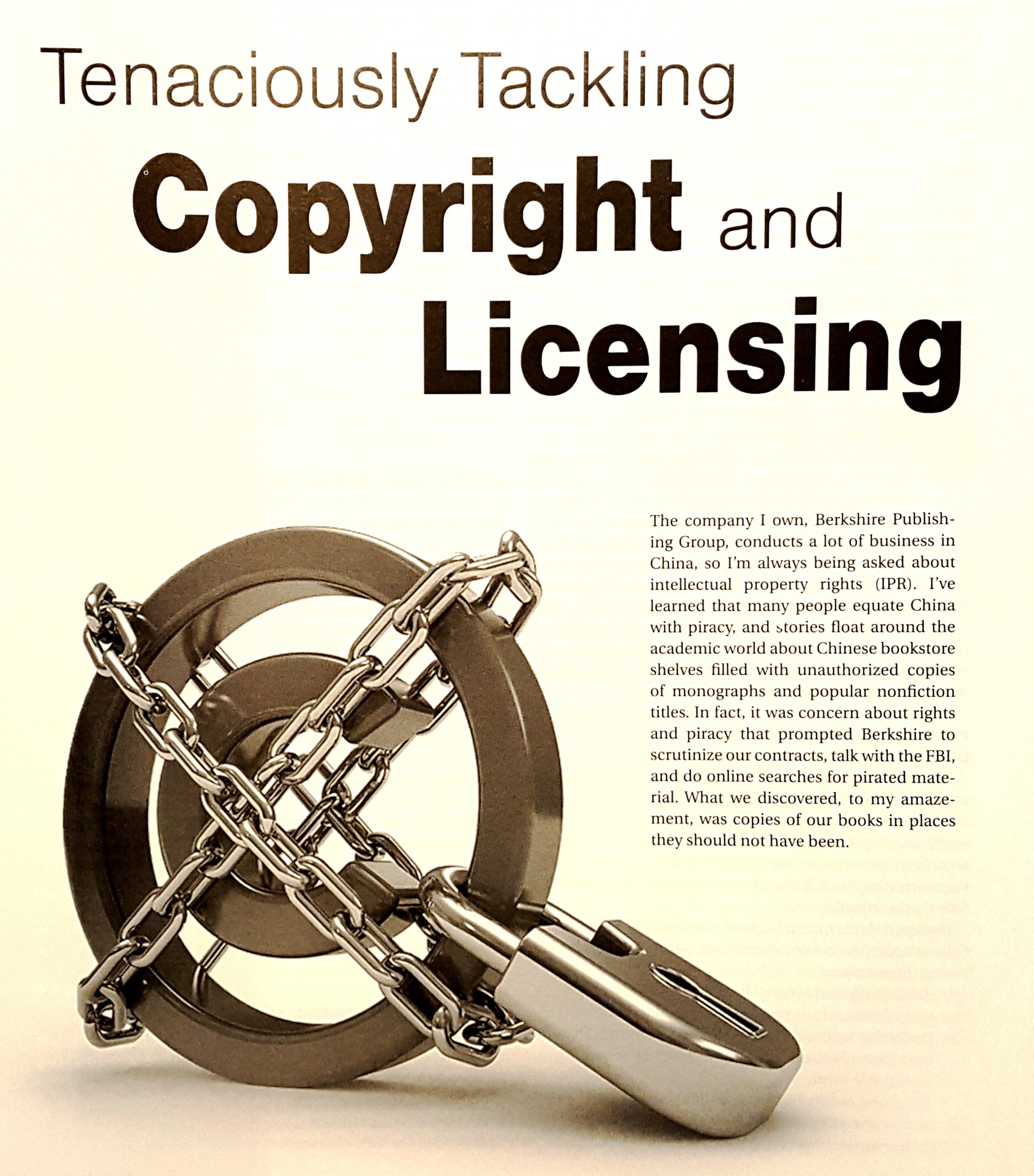 “I hate publishing,” I said, “Look at the big publishers who ‘accidentally’ publish my company’s articles and books online and then get mad at me for claiming copyright violation. Or companies that send contracts with different terms from the ones we’d agreed on, adding tricky additions that favor them and leave me out in the cold.”

Or the huge digital aggregator that asked for all my books and when I asked about revenue responded, “To be honest we cannot really predict what your revenue will be. The good news is that there is no cost to you at all, the only thing that you would need to do is to provide us with the PDF’s of the titles you want to offer and then we take it from there.”

As I rattled off incidents, tears were pouring down my face.

“I’ve tried,” I said. I’d fought the stupid, wasteful supply chain of traditional publishers, and argued about unfair discounts and parasitical contracts. I’d stood up, as much as anyone in the industry had, to Amazon. I’d published award-winning, ground-breaking books.

“No one questions the quality,” I sobbed. “I’m proud of what I’ve done. But I’m wasting my life, dealing with people like this, working more hours than anyone I know, and not doing the things really matter. I’m never going to change them and I can’t take it any more. I might as well give up.”

He responded in the most practical of ways, asking how I would go about that. Over the next week, we started working out scenarios and creating spreadsheets. 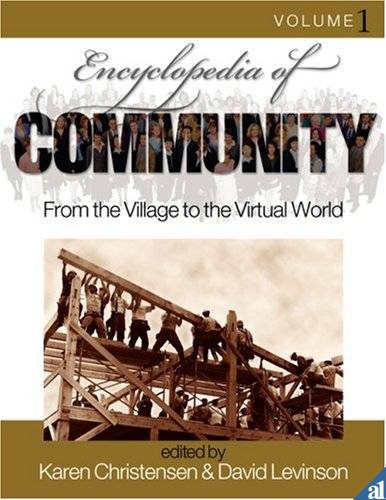 I began to imagine life without my own company. The prospect wasn’t as appealing as it had been that dark night. Having a publishing company gives me a platform and the capacity to help scholars, writers, and organizations I admire. While I hate dealing with many publishing people, I love my authors. They are people I admire, and they have educated me in history, anthropology, biology, international politics, even human-computer interaction. I want to share their knowledge and  their wisdom with readers and students around the world. 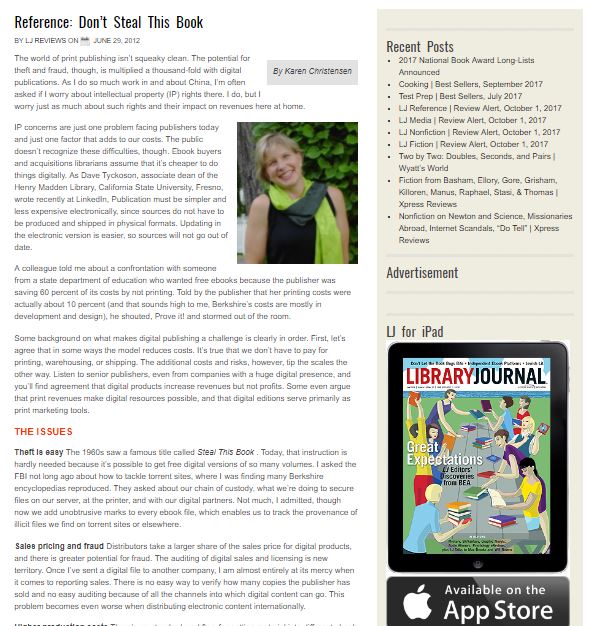 Big publishing is, I realized, a zombie business: dead, but still stumbling along and trying to kill or eat or infect anything that’s still alive. But I haven’t given up and I’ve come to see the work I do in new ways, as a result of hitting bottom that September evening.

When you build a business it has a life, and value, of its own. And being a publisher, at least at this scale, is truly creative. I come up with ideas, and am continually writing and designing, learning new online tools and developing new platforms. Because we’re so small, I often choose fonts, sketch cover designs, and even create Twitter and podcast images. I now host a podcast series, and we have all kinds of new projects in development.

Now that some time has passed, I see that when we first met, that agent had just been booted from a job at a big publisher. While she looked for a new job, she did what many people do now: they set up as a consultancy so they don’t look unemployed. Bringing me and my company along was part of what she had to offer the new employer.

And what about the foreign rights sales that she was going to handle? In fact, we’re doing pretty well and see this as a significant part of what Berkshire will be doing in future, representing other companies as well as our own list of titles.

I’m still dealing with piracy and the inevitable difficulties of dealing with Amazon and other distribution channels. 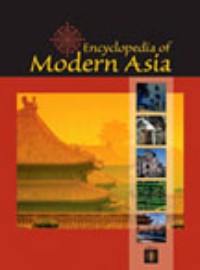 The problems with the big aggregators are the most troubling. Only this spring, I received an email from Cengage about a new product, Gale Researcher, and asking if I would agree to license thirty-four articles from the Encyclopedia of Modern Asia for inclusion. I wasn’t sure how this would affect sales of the full digital work, and during a phone conversation I asked when they planned to launch the world history series. There was silence.

“We can remove them right now if that’s what you want us to,” said Julia from Cengage.

“You mean you’ve included material I own and that you don’t have permission to use in a product you’re already marketing and selling?”

Julia said previous people working on the project hadn’t been careful about copyright ownership but she knew that this was important. She also apologized because she hadn’t known there had been previous problems with Berkshire content, and said the product launch schedule had been very tight—“too tight”—and that as soon as they’d checked the contract and realized they didn’t have reuse rights, they immediately got in touch with me.

Not only had Cengage again ignored Berkshire’s copyright, but had tried to trick me into a signing a contract without telling me that they were already selling my material.

This is the kind of thing that makes me so discouraged. There’s a devious, dishonest part of the information industry that has developed, I think, because everyone is so uncertain about where we’re going, so desperate to meet this quarter’s projections, and so insecure about their own jobs.

This doesn’t mesh with my morals or, to be more practical, with my vision of what we’re about. Publishing, whether it’s literature or scientific articles or online courses, is a noble activity. We’re making intellectual and artistic works available, increasing knowledge, creating connections and understanding, making people think, and smile, and laugh, and enabling them to do more and better.

As a matter of fact, I’ve even applied to join the US trade mission to China in November, in spite of my deep reservations about the current administration, because I’d like to see the publishing industry represented. (For more on the importance of publishing in US-China relations, here’s an article I wrote for a Chinese paper earlier this year). We’re doing far more online as well as rediscovering the beauty of printed books. Stay tuned, and please stay with us!