A Mooncake Recipe from the Qing Dynasty

Home>A Mooncake Recipe from the Qing Dynasty
Previous Next

A Mooncake Recipe from the Qing Dynasty

…continued from Recipes & Greetings for the Mid-Autumn Festival 中秋快乐

Another food book we’ll be publishing soon is the first English edition of a famous culinary manual, the Suiyuan Shidan. Our title is Recipes from the Garden of Contentment, and I went to translator Sean Chen to see if the author, the famous Qing dynasty poet Yuan Mei, had said anything about mooncakes. Here’s Yuan Mei’s recipe, translated by Sean:

Huabian Mooncake (花邊月餅, patterned-edge mooncake)
The household of the Imperial prince makes huabian mooncake that is on par with that of Shandong’s Liu Fangbo. I have invited his female cook several times to the garden by palanquin to make them. I saw “flying flour” [presumably a flour that has been ground so finely that it flies] mixed with balls of raw lard and kneaded a hundred times. The flesh of the jujube fruit were then pushed into the dough as filling, and they were formed and collected to the size of a bowl. Each of them was then grasped in a manner such that the four sides of the mooncake has scalloped edges of the water caltrop pattern. They are then baked on both top and bottom in two fire pots.

The jujubes should not be peeled so that their delicate flavors are retained. The lard should not be rendered so it will taste fresh. When this mooncake is placed in the mouth, it melts away. It is sweet without being greasy, and tender without being dry and hard to swallow. In the end, its quality depends on the kneading technique; the more the dough is kneaded, the better the mooncake turns out.

Jujubes are a fruit, not a type of candy, and are often called red or Chinese dates. They come from a hardy and drought-resistant bush in the buckthorn family (Ziziphus jujuba), and are normally dried and then boiled and sweetened before used as filling. 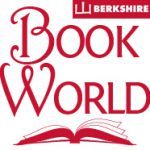 Carolyn Phillips is one of the advisors on the Berkshire Encyclopedia of Chinese Cuisines. Here’s a blog post with Carolyn’s recipe for moon cakes with fruit and nut filling in All Under Heaven. Curiously, while Yuan Mei is all for kneading the pastry, Carolyn urges that we handle the pastry very little, even while using the low-gluten blend that most closely resembles Asian wheat flour (2 parts all-purpose flour to 1 part pastry flour). It’ll be fun to experiment with the Qing dynasty recipes when the book comes out next spring. In the meantime, here’s a video of moon cakes being made by hand in Hong Kong.

For your convenience, here are links to our first three Chinese food podcasts with Carolyn Phillips: