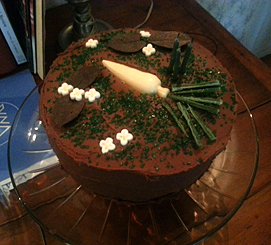 We celebrated Bill (William H.) McNeill’s 97th birthday a couple of weeks ago, in the Connecticut house where he has lived full-time since retiring from the University of Chicago. This year’s party was a last hurrah, a bon voyage, because the following day he moved to an apartment in a senior living complex. Bill took the change more easily than I did. He told me that he was looking forward to a more convivial life, more community, and that he was hoping to meet other professors whom he could introduce to David Christian’s work on Big History (which was recently featured in the New York Times Magazine; This Fleeting World is available from Berkshire as well as from bookshops, and can be downloaded on your preferred ebook reader). 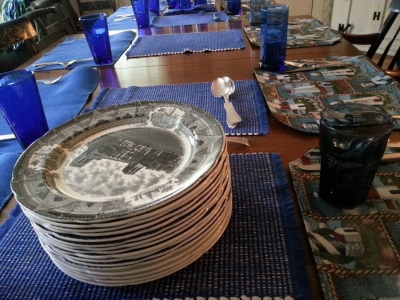 How many nonagenarians are eager to promote new ways of thinking about the universe? Bill is always asking questions – about China, about the business of publishing, about how Bill Gates, founder of Microsoft, is promoting Big History. The rhythm of our visits has been a constant I depend on. I struggle to accept that the tide of life is inexorable and that our time with loved ones is fleeting. Bill is still near enough for weekly visits, but the cozy evenings by his woodstove, and supper around the kitchen table, are no longer possible. I miss them already. I miss the drive through quiet Berkshire hilltowns, down the long stretch of Route 183 where there is no cellphone signal and barely a lighted house. I even miss the snowy nights when Bill has been surprised that we could make it to Colebrook. For over a decade, he has been the person I talk to about big ideas and about village life in the 21st century. His book on physical bonding through rhythmic movement, perhaps his most intellectually adventurous effort, opened my eyes to the role of dance and drill in building community. 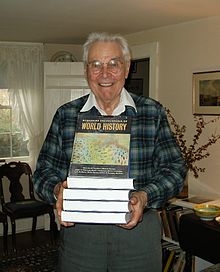 Ten years ago, on his 87th birthday, I surprised Bill with the first copy of the first edition of the Berkshire Encyclopedia of World History. This year, I organized lunch for sixteen – McNeill family, friends, and neighbors. Everyone helped. My son Tom made a superb coq au vin, and I produced a birthday cake decorated to reflect Bill’s lifelong love of gardening, one of the other shared interests that have drawn us together.   Not everyone feels the pull to plant and harvest, but Bill and I certainly do. Years ago, he returned an author biography to me with the words “amateur gardener” added to his more obvious qualifications. By that he did not mean a breeder of orchids or roses. Bill had long studied and written about how people secured their food supplies against predators and invading armies. He made me alert to the fact that the potato is more nourishing and produces far more calories per acre than the grains Europeans had depended on, and my children and I have become familiar with the story of Frederick the Great of Prussia, whose military success was a result, in part, of his having introduced the potato as a crop. Growing his own potatoes, and other vegetables and fruits, was a reflection of his self-reliance, and a way to connect with the human past. 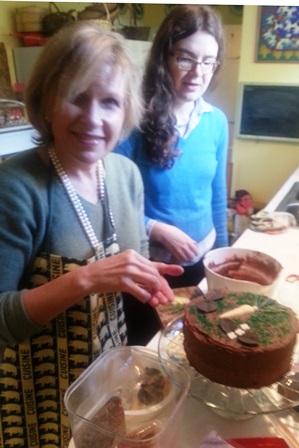 Until just a year or two ago, Bill was planting and weeding his own vegetable garden, and he has always taken pleasure in being able to put something on the table that he grew himself. Over the years, we have enjoyed his stewed rhubarb (a rosy-colored variety), summertime lettuce and beans (delicious Kentucky Wonder beans were his standard variety, and he always has a row of yellow wax beans), and September raspberries. For Bill’s birthday, there were potatoes on the table: steamed and tossed with butter and parsley, a classic accompaniment to coq au vin and a salute to Bill’s lifelong loyalty to the foodstuff of his forbearers.

This winter, although we won’t be able to sit round the kitchen table, I’ll still be taking Bill books and cookies, and he’ll continue to ask about how Big History is being received, and whether I’m finding time to work on my book about community. As autumn colors fade and chill air rises from the river valleys, I think about shouldering the work that Bill so brilliantly began, helping people see that the world really is round. Just as many renowned world historians are his heirs, I see more clearly what I owe him intellectually as well as personally, and how much of what Berkshire Publishing does today is a result of knowing William H. McNeill. As I look at the challenges of the US-China relationship today, I come back to something he wrote in the preface to the Berkshire Encyclopedia of World History:

“Genuinely inclusive world history is such a helpful, even necessary, guide for survival in the crowded world in which we live.”

Perhaps we should be guided by him when it comes to gardening, too. I plan to show him this quotation from Chairman Mao, sent by one of my China pals: 自己動手, 豐衣足食 (zìjǐ dòngshǒu, fēngyīzúshí): “Do it yourself – grow your own food, make your own clothes, do what you can – and you will have sufficient clothes and food.”