I’ve written before about the Train Campaign, an effort that began in 2011 after author David Christian and I took the existing train line from New York to visit Berkshire Publishing in Great Barrington, Massachusetts. We received stunning news in July: the Massachusetts Department of Transportation (MassDOT) Board of Directors had authorized an investment of almost $50 million in improvements to the historic line to the Berkshire Hills, which now runs only freight trains on tracks dating from the 1920s. The improvements will be to passenger standard, laying the groundwork for passenger rail service between Pittsfield, MA, and Grand Central Terminal in New York City. Read more by clicking here. 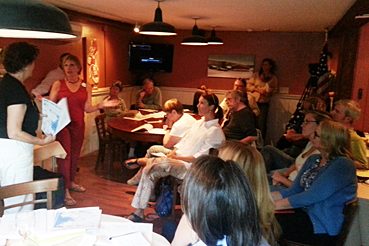 Here’s an op-ed I wrote to explain how this effort is aimed at creating a model and tools for passenger rail restoration initiatives elsewhere in the United States, and why it fits so well with Berkshire Publishing’s focus on sustainability: Return of rail service within reach. I also wrote about how I was inspired by trains in China. Though the hills and valleys of New England will not allow for high-speed rail, rail connectivity is something that will be every bit as important here.

We welcome information and comments from people anywhere in the world, and you can help the Train Campaign with donations and by signing our Bring Back the Trains! petition at Change.org.