Amazon update: when will the Justice Department step in?

Home>Karen's Letter>Amazon update: when will the Justice Department step in?
Previous Next

Amazon update: when will the Justice Department step in? 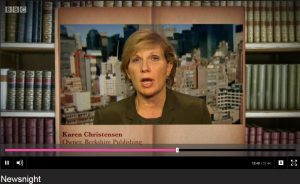 A lot has happened since I wrote about how Amazon has pressured Berkshire Publishing (“How Amazon.com is hurting readers, authors, and publishers” –  4 June 2014). There have been accusations, petitions, and even a network TV documentary.

I received many thoughtful emails and was interviewed on BBC TV Newsnight and by the New York Times (“Amazon, a Friendly Giant as Long as It’s Fed“). My article was widely distributed and reprinted, and turned into a podcast interview in “Beyond the Book,” a series hosted by Copyright Clearance. 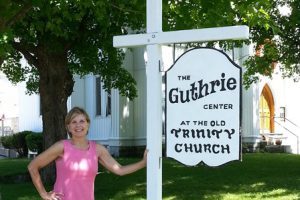 One friend suggested that I start a movement with “Alice’s Restaurant Massacree” as the theme song. It was fun to tell him that Berkshire Publishing is based only a couple miles from the real Alice’s Restaurant site, and that a recent Boston Globe article about Great Barrington mentions the song. (For those of you who came of age with Arlo Guthrie, here’s a glimpse of the building today.)

I have a reputation for taking up causes, and it’s tempting to take up the crusade against Amazon’s monopolistic bullying. But I have my hands full with another crusade: the Train Campaign, an effort to restore passenger rail service from New York City to the town in Massachusetts where Berkshire Publishing is located. It’s an initiative that fits perfectly with our work on sustainability, and provides a model for 21st-century mobility and for new kinds of rural-urban connectivity. What I hope is that Amazon will see that it has misjudged the community of writers, readers, and publishers, and change the way it does business. I hope its shareholders will demand profits, because that would level the ground, too.

And I want to see serious competition for Amazon. That may take government intervention in the United States, because Amazon is effectively a monopolist, and as a result there is no easy solution for individual publishers or for the industry as a whole. I’ve discussed the industry with friends and colleagues and spent two solid days in New York with a group of highly experienced publishing professionals talking about the future of bookselling (#altbookstore ), and the conclusion so far is that no one can compete with Amazon.

In the short term, each publisher needs to make its own decision about what acceptable terms are and on what basis it makes sense to work with Amazon. Berkshire continues to sell both print and ebooks through Amazon channels, but we’ll look for other ways to reach customers, and for new distribution partners. I admire the prominent authors who recognize the threat that a monopolist poses to all of us who care about books and reading, free expression, and literary creativity.

I suspect that Jeff Bezos, CEO of Amazon, is alert to the possibility of an antitrust investigation. One has to wonder how that figured into his decision to buy the politically influential but money-losing Washington Post. Does a politically sensitive justice department want to begin an investigation into a company controlled by the owner of the newspaper that is on the doorstep of every DC decision maker? We can hope that Amazon’s discrimination against former vice-presidential nominee Paul Ryan’s new book – published by Hachette, the publisher most publicly battling with Amazon in recent months – will cause Republicans to urge the Department of Justice to turn its attention to Amazon’s monopolistic practices.

If you play the guitar and want to come up with a new song, contact me asap.